Breaking News
Home / Featured / More Terrorism-Coming Soon To A City Near You? 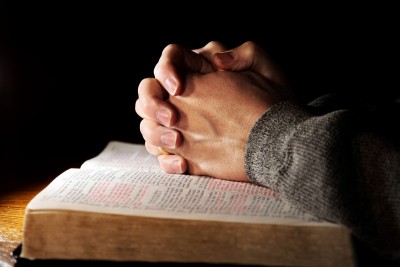 More Terrorism-Coming Soon To A City Near You?

Paris, France, recently experienced her worst nightmare…a terrorist attack motivated by Islamic State proponents of evil who were displeased with the content of some cartoons published by the staff of Charlie Hebdo, a humor magazine.  If a movie was made about this act, the advertisements might read, “Coming soon to a city near you”.  Do you think it could really happen here in the good old U.S. of A. or where ever you live?

McLaughlin and Associates, a non-profit oriented, Massachusetts-based national pollster, surveyed “1,000 likely U.S. voters (3.5% +/- margin of error)” attempting to see what a part of the population thought about the chance of an ISIS attack in America.  Joel C. Rosenberg author of the new book, The Third Target, requested the poll.  The results, in part, follow:

1. 74.2 % agree that ISIS is very likely to attack within the U.S. possibly with biological or chemical weapons if not stopped soon.

2. 72.7 % agree that Israel will be a targeted for genocidal-type attacks by ISIS with biological or chemical weapons if not stopped soon.

3.  64.9 % agree that ISIS followers are trying to attack the Syrian and Iraqi governments and, if not stopped soon, will attempt to conquer the King of Jordan and then use these locations as bases for attacking Israel and the United States.

Any terrorist assailants trying to enter the United States will have a dangerous, tedious time of it.  People from suspect countries are carefully scrutinized and checked by national security systems, but when the attacks come from within a county’s borders, detection is much, much harder.  Radical cell groups of all sizes exist within many countries including America.  No one knows who will decide to be a “lone wolf” or who’ll “rile up” a few friends attempting to make a statement by killing many innocent people in “honor of their god”.  Folks, God warned us about these times of evil.  What should we do?

God Almighty addresses this issue in the Bible…pray!  (Luke 18:1)  He also addresses the fear aspect by telling us (in Philippians 1:28) to resist fear.  We need to stand strong and remain standing in the face of evil. (2 Samuel 10:12)  He calls followers of Jesus to a unique and higher standard than those who don’t believe.  (1 Peter 2:9).

In the Bible, God is very clear that evil will overrun those who want peace. (Matthew 24:15-25)  Terrorism is very likely coming soon to a city near you.  God has warned us.  You can prepare by being prayerful, courageous, and grounded in your place on His team no matter what.  In the end, God wins.  Christians will also reap His victory and ultimately eternal life.  Make sure you secure a relationship with Jesus Christ, the Savior of the world.  Ask forgiveness for your sins and accept Jesus as the Son of God who has come in the flesh to redeem all who confess their sin and believe they are forgiven.

Should terrorism come to a city near you, how will you prepare?  How can you help your friends and acquaintances be ready?  Would thinking about it now be too soon?

I just love walking outdoors - day or night. I identify most with the creative side of God and am energized by His artistry all around this world. He amazes me every time I turn around! Yeah, God and thank you, Jesus.
Previous “Subway, Eat Fresh”…In Church?
Next Ignatius: “Allow me to be eaten by the beasts…”