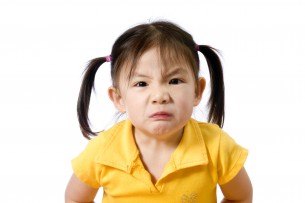 Violence, abuse, neglect … could the underlying cause be anger? And if it is, does that make anger sinful? Does anger always cause bad behavior?

We’ve all felt it: your heart rate quickens, your blood starts boiling, your face flushes, your teeth bear down hard, and your eyes grow wide with fury. Whether the dog tore apart the house or you’ve just learned of a friend’s betrayal, anger is something we’ve all felt. Feelings are not sinful. Feelings are emotions. Nothing more than a reflex. But unpleasant emotions can intensify into rage and become the catalyst for bad behavior.

Or, when properly channeled, anger can spur change.

If anger was sinful, then Jesus Himself would have been found guilty. In John 2:13–22, Jesus created a whip and drove the moneychangers out of the temple. He upturned tables because His Father’s house was being made into a market. His actions were decisive; His zeal, channeled.

“Another time Jesus went into the synagogue, and a man with a shriveled hand was there. Some of them were looking for a reason to accuse Jesus, so they watched him closely to see if he would heal him on the Sabbath. Jesus said to the man with the shriveled hand, ‘Stand up in front of everyone.’ Then Jesus asked them, ‘Which is lawful on the Sabbath: to do good or to do evil, to save life or to kill?’ But they remained silent. He looked around at them in anger and, deeply distressed at their stubborn hearts, said to the man, ‘Stretch out your hand.’ He stretched it out, and his hand was completely restored.” (emphasis added)

Jesus was angry—and yet, He never sinned. (Hebrews 4:15) His anger induced change. His anger wasn’t rooted in selfish ambition, but in upholding the holiness and righteousness of God.

In the same way, anger should spur us to righteous action. We should be angry over abuse, neglect, and injustice. Our hearts should break for the orphans without loving homes and for the mothers left to care for their children alone. Those emotions, those feelings, should spur us to action. It should cause us to propel change.

Ephesians 4:26 says, “ ‘In your anger do not sin’: Do not let the sun go down while you are still angry, and do not give the devil a foothold.” Therefore, it is possible to be angry and not sin. So how is this accomplished?

To summarize a few of the observations on GotQuestions.org:

As GotQuestions.org noted: “When we get angry, too often we have improper control or an improper focus. ‘Everyone should be quick to listen, slow to speak and slow to become angry, for man’s anger does not bring about the righteous life that God desires’ (James 1:19–20). Jesus did not exhibit man’s anger, but the righteous indignation of God.”[2] (emphasis added)

Most anger erupts into rage, which bursts forth in violence. It’s uncontrolled. Jesus was not controlled by anger—He controlled it. And He responded appropriately.

What ignites righteous anger in your soul?

is a freelance writer and contract copywriter who lives in the seacoast region of New Hampshire with her husband, Eric-Thomas,of five years. She currently serves alongside her mother as the Marketing Director for God’s Girls Christian Store and More, a online retail store serving the southern New England region. Her work has been featured in several print and online publications, and she is the recipient of two Faithwriters’ Editors Choice Awards for her short stories, which are scheduled for publication in the Mixed Blessings series. Her first book, Fragile: 30 Days of Hope for the Anxious Heart, is now available at samanthaarroyo.com. She can be reached at [email protected].
Previous Telomeres and the Aging Process – Part I
Next Child, I’ll Take Care of the Monster