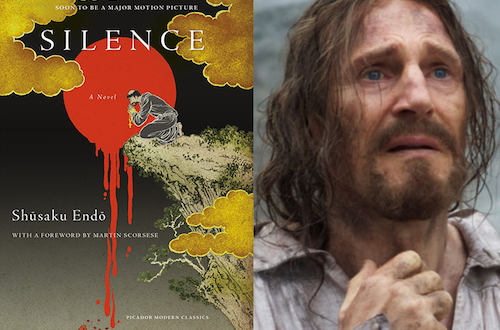 Is God Silent During Suffering?

Recently my Japanese friend, a missionary in Japan, asked for prayer about her troubled feeling aroused by the movie, Silence, shot in Taiwan by Hollywood director, Martin Scorsese. According to Time Magazine, “Silence is a somber epic about Jesuit priests struggling to keep their faith in violently anti-Christian 17th century Japan”. (Note1)

My friend also posted an article written by a Japanese pastor, Marre Ishii. He was upset after watching a screening of this film. I learned from this article that the movie was adapted from the novel, by the same name, about Japanese history. According to Mr Ishii, the book author, Shusako Endo, ” … wrestled with Catholic faith but continued to be a Catholic out of respect for his mother”.

After reading through Ishii’s article (Note 2), I cannot help but point out three observations and hope to encourage my Christian fellows to discern Satan’s deception.

I painfully remember that I did not tell my uncle, sick with cancer, about where he would go after death without believing in Jesus because I worried that he might feel scared. Shortly, he was sent home from the hospital without the hope of living. While he was still alive, his family dressed him with a funeral shroud to keep his muscles from getting too stiff to wear it after he died.

I was in grief to know that tears rolled down from his eyes while lying on the bed waiting for the unknown destiny. Sadly, I was not around and could not tell him to receive Jesus. Even today, I hope in the bottom of my heart that my uncle did listen to the gospel tape I left him and received Jesus as his Savior in his mind. Since then, I would rather risk being shamed or rejected by people than fail to tell them the gospel in love.

God sent Ezekiel to open his mouth and say to people, “This is what the Sovereign LORD says, ‘Whoever will listen let him listen, and whoever will refuse let him refuse; for they are a rebellious house.’ “(Ezekiel 3:27)

It’s only God who can soften every sinner’s heart to listen. Meanwhile, we shall be like Ezekiel to “listen carefully and take to heart all the words God speaks to us,” (Ezekiel 3:10) as we share His truth in love. For only the truth shall set each of us free from the trap of sins and stronghold of evil darkness. (John 8:32)

How do you answer the question: Where is God when there is suffering?

Manling was born and grew up in Taiwan. She came with her husband and 2-year-old son to New York, NY, at age 30 to fulfill her dream of studying in the graduate school. She received a black belt in Taekwendo at age 40 and has been applying the Bible truth and discipline learned in the martial art to fight in her faith as a spiritual warrior. She works with God to write and is currently a freelance reporter for a national Chinese newspaper and writer based in Minnesota. Much of her writing is in the areas of spiritual learning, Bible study, parenting, education, Sunday school, opinions, interviews, and people's stories, etc.
Previous Under A Midnight Sky
Next Guard Your Clothes!

But now, O Jacob, listen to the Lord who created you. O Israel, the one ...