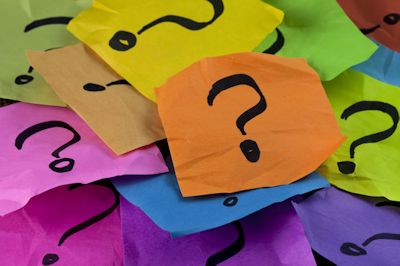 Islam Is Infiltrating Our Schools

Parents, do you know what your children are being exposed to at school when it comes to religion? Here are some examples of Islam becoming part of our school’s curricula.

The British government has threatened to close down a Christian school if it doesn’t promote other faiths. In Birmingham, Muslim managers have taken over several schools. They have adopted Islamic educational standards.

What about the United States? A handout was given to some students at a middle school in Revere, MA, as part of a world civilization course. It reads: “Allah is the greatest. I bear witness that there is no god but Allah. I bear witness that Muhammad is his prophet.” This is a clear violation of a teacher promoting a particular religion in a classroom. If it is wrong to do this for Christianity then it is wrong to do it for Islam.

At Porter Ridge High School in Indian Trail, N.C., a teacher assigned a worksheet on Islam. There is no harm in teaching about a religion as long as it does not promote one above another, except in this case it appeared to do just that.  A parent complained about an answer to one of the questions that her child had written down on the worksheet saying that Muslims were stronger in their faith than the average Christian.  The parent was told that this was not necessarily the correct answer but was not provided with the right one. In all fairness, perhaps the teacher did, after the fact, go over the worksheet with the students. The district did claim that equal treatment would be given to Christianity.

Go now to LaPlata High School in Charles County, MD. In October an Iraqi veteran was banned from his daughter’s school because he objected to a homework assignment requiring students to write a 3-page essay about the Five Pillars of Islam, Mecca, and Muhammad. The school claims they banned him because he made threats but he has witnesses to the contrary. In an interview with Fox News the father said, “You can’t study God or Christianity in school; you have atheists suing schools” for saying or doing Christian things, “but we can force-feed our kids Islam.”  I know from my experience as an educator that there would have been a much better way to do this. The teacher could have assigned an essay on a religion that each student chooses. That would have been fair to all, would not have promoted one religion over another, and would have given each student an opportunity to exercise their freedom of religious expression.

It is becoming evident that some schools are promoting Islam while banning Christianity. This is a violation of state-endorsed religious teaching and shows obvious bias toward one particular faith. Where are the atheists now? Hiding in the bushes?  So, it appears that while Christian kids are being called out for exercising their constitutional right of religious expression apart from any faculty or administrative involvement, which is the way it is supposed to work, some teachers are propagating Islam in the classroom, with apparent full support of the administration.

Parents, it is time to become actively involved in the religious indoctrination of your children at school. You need to become proactive when it comes to what is being taught. The school boards, teachers, and administrators are accountable to you.

John Livingston Clark is 67 years of age and lives in central Washington State. He has written two published books, and two published poems. His initial book is called, " God's Healing Hope: Breaking the Strongholds of Wrong Thinking." His second book, released in December of 2016, is a motivational book written to seniors titled, " Seniors: Are You Retiring or Recharging?" Both books are available on amazon. You can also view his writings on www.faithwriters.com. John is available to speak on a variety of topics. Visit me at jclarkministries.com
Previous Power of a Story
Next Why We Should All Be Praying For Pastor Saeed Abedini