Breaking News
Home / Faith / It’s Not About Me! 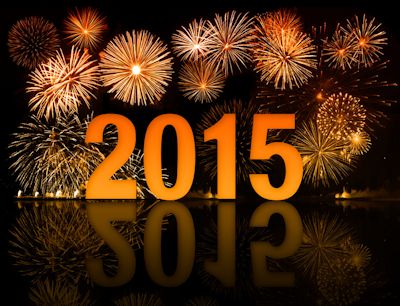 It’s Not About Me!

Another year is dawning, and I am struck by both a sense of fulfillment and one of regret. As I look back over the past year, I spy dreams that have been brought to fruition and goals that have been met. I see accomplishments and growth in many areas. Yet, I also see several areas that remain untouched despite my dreams and aspirations of improvement.

I promised myself that I would lose weight this year and that I would adopt a healthy diet and exercise routine that would grant me better health and more energy. Sure, I’ve exercised healthy discipline from time to time over the past year, but as I stand on the precipice of the end of 2014, I realize that not only did I not lose weight and improve my health, but if anything, things are worse now. And unfortunately, that is not the only New Year’s resolution that I failed to keep.

That’s the thing about resolutions. They can motivate us to do the things we know we need to do, but they can also leave us full of regret when we fail to live up to our own expectations. Understanding this, I wonder if it’s worth making resolutions at all. By doing so, am I truly challenging myself, or am I simply setting myself up for failure?

As I pondered the thought this morning, I stumbled across a quote by John Wesley. Wesley was an 18th century Anglican preacher who is accredited with founding the Wesleyan movement. Because of his blunt presentation of the gospel, Wesley was often banned from returning to sites at which he had preached. Nevertheless, Wesley never gave up. He continued to find new ways to share the gospel of Christ with whomever would lend him an ear. He resolved to follow God’s will for His life, no matter how difficult it became to do so.

If that’s not a resolution, I don’t know what is! As I stumbled upon Wesley’s quote this morning, I realized that my problem was not in the making of resolutions but rather in what I was resolving to do. In the past, I have only been focused on my dreams and goals, but Wesley’s message reminds me that my life is not about me. It’s about serving the Lord and doing for others, and that’s what my New Year’s resolution should be about.

Now I understand that my list of resolutions can be summed up with a single sentence: “Lord, I resolve to give my life to You to use however, whenever, wherever and to whomever You wish.” With that settled, let the new year begin!

Dana is a full-time Christian author and speaker residing in Greenville, SC with her husband and two dogs. In fulfilling her call to evangelize the lost and edify the saints, Dana spends her days writing devotions, devotional books and books for children, as well as recording podcasts on various Biblical topics. She serves in many capacities at her local church, including the roles of church pianist and ladies' Sunday School teacher. Dana has a passion for souls and longs to be used of God in whatever way He deems necessary. When not writing or serving at church, Dana can most likely be found reading or hiking a nearby trail.
Previous Biography Of The World’s Greatest Man
Next Making All Things New