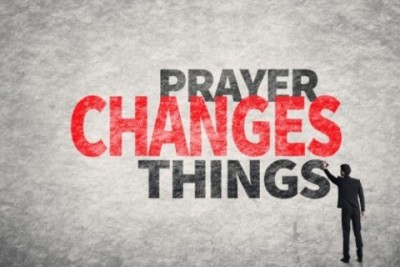 Jesus is Our High Priest

Jesus is our high priest, bringing our petitions before the throne, giving more weight to our prayers that God may move in response to His Son Who gave up all things for our sake.  What does the Bible say about our relationship with Jesus in conjunction with His holy vocation of the perfect high priest, who, unlike the Old Testament priests, offered the perfect sacrifice so that the shedding of innocent blood was no longer needed?

The blood of goats and bulls was not able to save, but it was an acknowledgement of sin and the need to offer atonement for that sin.  No one who offered sacrifices said he was not guilty, but as the Old Testament practice of sin offerings went on for centuries, it became an empty religious practice with many, I suspect, not knowing what it meant except to say “we’ve always done it this way,” such as some church-goers today.

We sometimes do not think of the sacrificial lambs suffering and dying on our behalf, because we often do not equate an animal’s deaths with the same weight as that of a person.  But the death of Jesus, in realistic terms, was horrible, demeaning, and painful, so much so in that day many died just from the scourging, bleeding to death from the severity of the beating.

But the death of Jesus is pivotal in that the suffering of the Messiah was made real to those who watched and those who seek Him now, setting apart the atrocity in stark detail.  The only response to it is humility and sorrow, or denial.

Those who deny the Lord are angry that He gave such a precious gift seemingly forcing them to choose Him or believe a lie of their own making.  And it is of their own making, because every person knows in his heart and soul that God is real; therefore, to deny Him is to fabricate a lie and spread it as far as they can.   How dare the Lord give such a generous gift to those who hate and deny Him making them seem selfish for failing to capitulate?

He has made everything beautiful in its time. He has also set eternity in the human heart; yet no one can fathom what God has done from beginning to end.  Ecclesiastes 3:11

Now Jesus stands at the right hand of God, making intercession on our behalf.  God is good and we are bad, that makes His love greater still. What is your response?  Have you ever had to defend your faith?