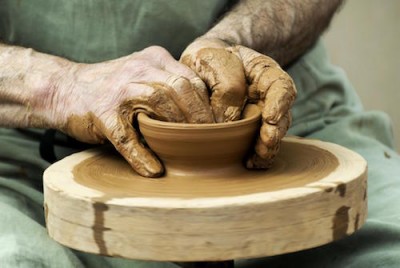 “God does not call the qualified, he qualifies the called.” Christine Caine

If you are at all like me, you will have believed he could call others, but not you.  This is simply not true.  Through you, Christ does His work.  You need no skills, no great fortune, just to answer His call.

As I was spending my quiet time reflecting on different passages, I was struck by how unqualified the heroes of the Bible were and that was the perfection in his plan.

None of these people were prepared to do what God had planned for them, yet were chosen anyways.

Imagine if David had been a current king, important to himself alone. How could he have heard God’s voice?  What if God had picked an older woman, married and not a virgin, with children already.  Could she have understood the magnitude of what was being laid before her?  Could she have as faithfully raised the Lamb to be slaughtered or would she have done what she could to protect Christ from his fate?

You must be unqualified for the calling Christ has for your soul.  That way you will always defer to Him–never relying on your own understanding.  In my own life, I went to college and gained a degree in psychology and fully intended to continue in a master’s program.  But God had other plans.  I am not a writer.  I do not have a bachelor’s degree in creative writing.  I have just answered the pull to write my reflections on scripture in my own life, if only to reach one person.  But in order to do so faithfully, I must continually go to God in prayer.

That is the beauty of Christ.  It is in Him our strength resides.  It is through Him we find the ability to do great things.  It is also only possible through His plans and timing.

Callings are difficult to answer.  They are not meant to be easy.  You may have to leave your job.  You may have to move across the country.  You may have to leave the country.  But if you answer God’s call, He will provide just as He provides for the lilies of the field (Matthew 6:28).  Do not let yourself be plagued by doubts of being unworthy and do not let yourself believe you are unqualified.  You are exactly who you are supposed to be.  Your trials have shaped you into the individual God may use in His greater plan.  And your lack of qualifications is exactly how God will use you perfectly. He is the Potter’s Hands shaping the pot (Jeremiah 18:6). Let him.

In what ways do you feel unqualified to fulfill God’s calling?

Kathryn Parton is a wife and mother. She is currently working on pieces for My Daily Armor and The Bottom Line. You may check out her other work on her blog, simplyhappyincrediblyblessed.blogspot.com.
Previous Tales Surrounding the Tomb
Next 7 Practical Steps as You Are Waiting For God 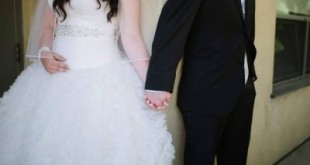 On Marriage, In Sickness and In Health

In June, I will celebrate my second anniversary with my wonderful, loving, devoted husband.  In two ...