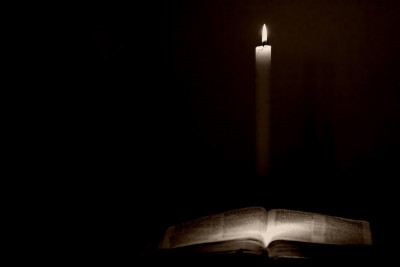 Lesson from the Blackout

The summer storm rolled in during the early evening hours of July 13th , 1977.  Those enveloped in the storm’s grip described the lightning as unusual—lighting up the entire sky. Then, lightning struck a power line in Westchester County, causing dangerous demands upon other power lines. This lightning strike started the rolling blackout that would shroud New York City in utter darkness as more power lines had to be shut down to avoid damage. Seven million people would be without power—without light. The evening of July 13th, 1977, would be one filled with what has been described as violence and insanity! But there is also a lesson to be learned from the blackout…

When the morning of July 14th dawned, the deeds done in the darkness were revealed. City streets were laden with paper and confetti being kicked up by shocked residents gazing upon destroyed storefronts. Car lots were void of vehicles that had been for sale, while televisions, stereos, washers and refrigerators were missing from neighborhood stores. Windows had only shards of glass remaining. One store alone lost over $300,000 to theft and looting. Many neighborhoods never recovered, their storefronts simply boarded up. The destruction was permanent…

What happened that night in New York City? Did the loss of power and light warrant the destruction brought on the neighborhoods of that great city? Many of the arrests that night were of people with no criminal records: housewives taking food and diapers from grocery shelves, even little children taking advantage of the situation and following adults into criminal behavior. Perhaps it was the darkness. It is our sin nature that takes advantage of a situation under cover of darkness, believing that no one will know and there will be no consequences.  The destruction of this night  was far-reaching, affecting the very people who had taken advantage of the darkness, as well as the innocent who lost their livelihoods at the hands of their own neighbors.

This is the way of sin: belief that the darkness will hide our deeds, consequences will be avoided, it won’t hurt us. We forget that there is no darkness where His Eye does not see:

For God will bring every deed into judgment, including every hidden thing, whether it is good or evil. Ecclesiastes 12:14

The blackout of 1977 is a distant memory today. But it is also a history lesson for those who wish to learn… Nothing we do is without consequence, and we often bring harm to ourselves and our neighbors by the deeds done in darkness:

My eyes are on all their ways; they are not hidden from me, nor are their sin concealed from my eyes. Jeremiah 16:17

How have you experienced the effects of sin, the idea that what is done in darkness can be hidden? Have you allowed God’s healing and forgiveness to bring light to your circumstances?

My husband Dan and I have three children and three grandchildren. We live in central Illinois. I am a graduate of The Institute of Children's Literature, a member of faithwriters.com, and a member of SCBWI. My writings have been published at chirstiandevotions.us, in DevotionMagazine, the PrairieWind Newsletter, and here at thebottomline.co.
Previous Our Hope: Looking for Strength
Next Destroying the Temptation in Your Life