Breaking News
Home / Faith / Listen! Can You Hear The Hope? 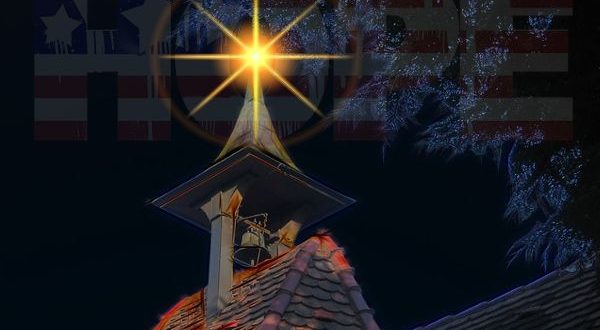 Listen! Can You Hear The Hope?

“Whoever answers before listening is both foolish and shameful.” Proverbs 18:13

In March of 1863, 18-year-old Charles Appleton Longfellow, unbeknownst to his family, left home in Massachusetts and boarded a train for Washington, D.C., to join the Union Army to fight in the Civil War.

Charles was born to Fannie Elizabeth Appleton and Henry Wadsworth Longfellow; the celebrated literary critic and poet. Longfellow had five younger children and another child who had died as an infant.

Less than two years earlier, Fannie had tragically died after her dress caught on fire. Henry suddenly awakened from a nap. He tried to extinguish the flames. He tried with a rug and then with his own body, but she had already suffered burns so severe she died the next morning on July 10, 1861.

Longfellow, himself, suffered facial burns that were so severe he was unable to even attend his own wife’s funeral. He would grow a beard to hide his burned face and at times feared that he would be sent to an asylum on account of his uncontrollable grief.

Permission was granted by Longfellow for Charles to enlist. On Dec. 1, 1863, Longfellow was notified his son had been severely wounded. Charles was shot through the left shoulder. The bullet entered his left shoulder and then exited under his right shoulder blade. It had traveled across his back and skimmed his spine. He avoided being paralyzed by less than an inch.

After arriving in Washington D.C., Longfellow was informed his son’s wound was serious and paralysis might ensue. Charles was later given a more favorable report suggesting a recovery period of at least six months.

Longfellow, now 57, had lost one child as an infant, tragically lost his wife, and his oldest son was nearly paralyzed. In addition to all of this, he listened as his country fought a war against itself. As he listened and heard all that was going on around him.

He recalled the scripture:

“Glory to God in the highest heaven, and on earth peace to those on whom his favor rests.” Luke 2:14

He heard the Christmas bells and the singing of “peace on earth”, but he also observed the world filled with injustice and violence that seemed to mock the truthfulness of this most optimistic outlook. His “listening” soon led him to a confident hope even in the midst of all the bleak despair.

Longfellow answered by writing a poem on Christmas Day, 1863, seeking to capture the dynamic dissonance he had in his own heart and in what he saw in the world he observed pressing him on every side.*

During the days of Longfellow, the differences between the two sides were well defined. It was Blue against Grey and slave against free.

America is yet again at war with itself. In a way, it always has been. There will always be an enemy who seeks to steal, to kill, and destroy the One who brought us “good news”; and the one’s who believe in Him.

The poem Longfellow wrote still rings true today. The battle lines are not so clearly defined. Evil is no longer clearly identifiable and the promise of “Peace on Earth; goodwill towards men” seems to ring hollow for so many.

The wars and rumors of wars grow within our own walls trying to drown out the good news with the sounds of unrest and chaos.

But to those who listen beyond the noise, a different sound is heard; the sound of hope and the sweet sound of God’s amazing grace that came down from Heaven one silent and holy night in Bethlehem.

Are you listening to the sounds of Christmas? Can you hear the hope?

I Heard The Bells On Christmas Day

I am a layperson with 35 yrs. of teaching Sunday School, bible studies, and preaching on occasion. I teach a bible study in a local prison. I am a 36 yr. counselor/social worker. I am disabled and have devoted the past four years to studying, praying, and writing about my greatest love; this gospel of Jesus Christ that has the power to save a man's soul. I also write devotions for a Church in Marion, VA and I write for an orphanage/ministry in Zambia, Africa.
Previous Christianity is a Religion for Thinking People
Next I Heard A Voice On Christmas Eve