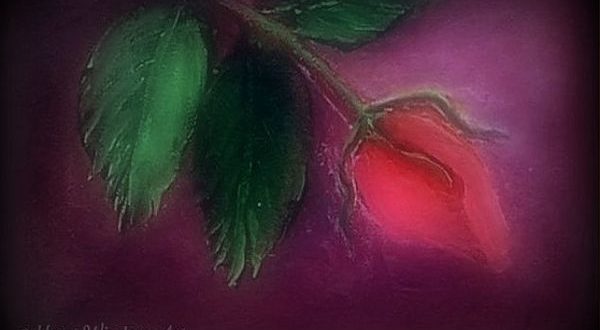 I Heard A Voice On Christmas Eve

I have other sheep, which are not of this fold; I must bring them also, and they will hear My voice; and they will become one flock with one shepherd. John 10:16

The bringing in of the sheep (God’s elect) into the sheep pen (the church) is why on one silent and holy night the Messiah was born. He was God come in the form of a man to become the Savior of the world. He was Christ the King. He would be the “Good Shepherd” to the sheep His Father would send to Him for eternal keeping.

It is the church Christ died for, and it was the work He started, we are to continue doing—bringing the “other sheep” not yet in the fold; into His house to dwell with Him forever. The sheep hear His voice; even the ones not yet in “this fold.”

Listening to the voice of the “Good Shepherd” is a choice. Let us be reminded this Christmas, and all year long, if we are to join in His work “to seek and to save that which is lost”; we must choose to listen to His voice. It will guard us from being swayed by strange voices (false teachers). It will guide us and give us the power to join Him in the gathering of His sheep.

If we are not gathering the sheep; we are scattering them!

Learn to listen to His still small voice! Can you hear it? It is the voice of hope so many are searching for! In this story poem, we are reminded what can happen when we listen to the Master’s voice. One shop keeper hears a voice on Christmas Eve; it wasn’t the first time he heard it!

Bobby was freezing sitting outside in the cold.
He didn’t like boots, so none did he own.
The thin sneakers he wore had worn through to the sole.
In the backyard he’d been sitting for an hour or so.

Try as he might, no gift for Mom was in sight.
And here Christmas Eve was that very night.
It’s useless; he shook his head as he thought.
Without any money, no present could be bought.

It had been three long years since his father had died.
His mom really struggled though so hard she did try.
With three sisters and him, there never seemed enough.
These times he thought to himself; they really are rough.

What the family lacked in money and material things;
They made up for in love and the blessings God brings.
All three sisters had made beautiful gifts for their mom.
I’ll find no gift sitting here Bobby thought; here on this lawn.

Wiping a tear from his eye, he kicked the snow as he walked.
To the shops he would go; he had to walk several blocks.
It wasn’t easy being ten with no father to help you.
Especially now, when he didn’t know what he should do.

Walking from shop to shop as he looked into each window.
All the gifts seemed out of reach; each one seemed to say “no.”
It was starting to get dark, but as he turned to walk home;
He saw something shimmering like it was made out of chrome.

As the sun began to set, he reached down to the curb.
It was one shiny dime; he thought this is truly superb.
As he held his new found treasure tightly in his hand,
A warmth spread all over him; he said, “Now this is truly grand.”

He walked in the first store that came into his sight.
He thought to himself; now all will be right.
His excitement quickly turned cold when the salesperson said:
“You can’t buy anything with a dime,” and laughed as Bobby fled.

When he finally stopped running, he looked up and he saw;
A flower shop there, so he went in just to thaw.
Bobby began to feel very alone and very afraid.
He said, “God please will you help me,” and Bobby began to pray.

As he looked up at the flowers, he thought to himself.
Girls like flowers; a great gift they’d make from this little elf.
Bobby decided to buy one red rose for his mother.
If this didn’t work he thought; he would have nothing to offer.

While sitting there looking at all the flowers hopelessly.
The door closing behind him brought him back to reality.
As the last customer left, he still felt very sad and afraid;
He said, ”This is it God; Is there any hope; Is there a way?”

He went to the counter as the shop owner asked could help.
Bobby presented his one dime requesting one red rose with his wealth.
He said, “It’s for my mother; it’s for her Christmas gift.”
Bobby told the man his story; another tear touched his lip.

The shop owner looked at Bobby and his one thin dime.
Putting his hand on his shoulder, he said, “You’ve come just in time.”
“It’s time to close,” he said; as he hung the closed sign on the door.
“Wait right here. I have something for you in the back of the store.”

The shop owner returned and walked up to the counter.
Bobby’s eyes began to sparkle and his heart began to spudder.
For there on the counter, lay twelve long stem red roses.
“I had these left,” the man said. “Right now before the shop closes.”

With leaves of brilliant green and tiny white flowers.
A big silver bow had them tied altogether.
“I have a sale today” he said. ”And these are my last.”
“That will be ten cents young man and you better make it fast.”

Bobby slowly moved his hand to give the man his dime.
“Could this be true?” Bobby said; “Could these really be mine?”
“Don’t you like them?” the man said.“Aren’t they perfect for you?”
When the man gave him the box; Bobby knew it was true.

Walking out the door, Bobby could hear the man say.
“Merry Christmas son; God be with you on your way.”
As the man closed the door; he heard his wife ask:
“Who were you talking to and who bought those roses at last?”

Staring out the window; the man said blinking tears from his eyes.
“I heard a voice this morning telling me: Stop! Put these twelve roses aside.”
“I wasn’t sure at the time that I hadn’t lost my mind,
But I did as He said and waited for just the right time.”

“Then a while ago, a boy walked in the door.
He had only one thin dime, so I knew he was poor.
He wanted one red rose for his one shiny dime.
I knew in my heart, this was exactly the right time.”

“I saw myself, oh so many years ago.
I was only ten years old and feeling also really low.
I was a poor boy with nothing; I too had nothing for my mom.
It was late on Christmas Eve as I was walking along.

“A man I never knew appeared suddenly in the snow.”
He said “Stop!” He then gave me ten dollars and told me to go.
When I saw that little boy come into my shop,
I remembered that voice long ago telling me to stop.”

“I had forgotten how to listen to His still small voice.
That little boy reminded me; listening to Him is my choice.”
As the man and his wife stepped outside in the cold.
The man said, “Thank you Jesus.”Then he handed his wife … One red rose!

(adapted from the story titled “One Red Rose” or “The Dime”: author unknown)

I am a layperson with 35 yrs. of teaching Sunday School, bible studies, and preaching on occasion. I teach a bible study in a local prison. I am a 36 yr. counselor/social worker. I am disabled and have devoted the past four years to studying, praying, and writing about my greatest love; this gospel of Jesus Christ that has the power to save a man's soul. I also write devotions for a Church in Marion, VA and I write for an orphanage/ministry in Zambia, Africa.
Previous Listen! Can You Hear The Hope?
Next ‘Twas The Night Before A Real Christmas