Breaking News
Home / Faith / Moving with a Purpose: A Key to Reaching the Lost 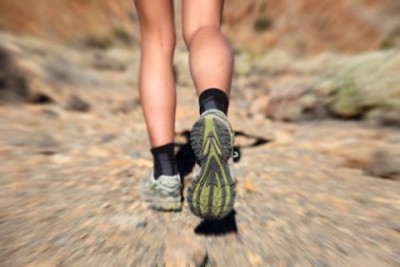 “Hey Phillip!” The angel said. “Go south along the road that goes from Jerusalem to Gaza.” So off he went through the desert as the angel commanded him.  Then, Philip came upon an Ethiopian, a eunuch to be specific, who had a well respected yet highly underpaid job working for queen Candace of Ethiopia. The eunuch was just hanging out in his chariot making an attempt to understand Isaiah the prophet’s message while the queen finished up in town.

“Hey Phillip” The Holy Spirit called. “Do you see that chariot and driver over there?  Go take over for him.”  And Philip ran over to the eunuch and he heard him reading the prophet Isaiah.  “Can you understand what this says?”  Philip asked him.  “Yes, I can read the words, but this man is too deep for me, and I just don’t get it.  Can you help me try to understand?”  So Philip read:

“He was led like a sheep to the slaughter,
and as a lamb before its shearer is silent,
so he did not open his mouth.
In his humiliation he was deprived of justice.
Who can speak of his descendants?
For his life was taken from the earth.”

“See what I mean?  Deep. Tell me.  Is Isaiah talking about himself or someone else?  The eunuch questioned with curiosity.  Staring with a fullness of light in his eyes. Philip could no longer hold back, and he began to tell the eunuch all about Isaiah’s message and the sacrificial lamb-Jesus the one who saves.

Still driving down the road, Phillip came upon some water and the eunuch with much enthusiasm cried out “Stop!  Pull over right here! I see some water. Don’t you have to have water to be baptized?”  “Yes”-replied Philip knowing where this was leading.  “Ok. So, come down here and baptize me.  I mean, what’s holding me back?  We have water and I am ready.”  The eunuch excitedly declared.  “True.  We do have water that would work, but it’s not the water that saves you.  You have to believe with all of your heart first that Jesus Christ is the Son of God.  Then, be baptized to show that you have been washed from your sins.  Do you believe that Jesus Christ is the Son of God?”  Philip waited in anticipation.  “I believe he is!” The eunuch answered with sheer confidence.  And just like that, the eunuch repented and was baptized, but as he was coming up out of the water, the Spirit of the Lord grabbed Philip and moved him onto his next destination before the eunuch even knew he was gone. (Acts 8:26-39)

Wow! Did you miss it?  Did you not see how quickly Philip reacted to the Lord’s calling?  He didn’t even question him.  He just did.  And not only were there no questions asked, but he ran over to the eunuch and took over to explain what he could not understand. What would happen if we would obey like Philip did?  No questions.  No time elements just an immediate response and complete faith.

Everyday we have opportunities to respond to God’s promptings, but so many times we chose to ignore what he is saying.  We would rather use some excuse to avoid getting messy because that’s what a true Christian life is like.  Messy.  It is not worrying what our family or friends will say or getting worked up because we have been inconvenienced or concerned that people will talk or even worse-think we have gone insane.

But did you miss the outcome of the story?  Did you not see it? Did you not hear the excitement in the eunuch’s voice?  The realization had hit him that he, a slave of Ethiopia, was worthy of God’s unfailing love.  He who is not even worthy in the eyes of the Queen is worthy to the King of All Nations.

How many eunuchs are out there today trying to understand God’s word, but no one has ever translated it for them. What if you are the one who is to be like Philip?  Would you go?  Or, would you be more concerned of how it would look to others?  I guess the bottom line is this.  Are you keeping track of your status in life or the number of crowns you will be able to throw at the foot of the King?  For me this is a daily struggle, but without a doubt, I do not want to be the one without a crown while everyone else is tossing theirs down.  So, how about it?  Will you go?

is an author and editor for The Bottom Line Ministries as well as a member of Faith Writers. Currently she teaches high school language arts. She is a mom to four amazing blessings and enjoys every moment life has to offer. Renee has a fervor and drive to learn, she loves to read and spend time with her family, and is involved with her local church ministries. Humbled by God’s gift of words, she has a passion to write what the Holy Spirit has placed in her heart. She hopes to publish her in-progress book someday, but in the meantime, is honored to be placed as part of the TBL writing family and is holding on to the ride wherever God is leading. Renee and her family reside in their country home in Holland, Iowa.
Previous A Representative’s Duty
Next Disciplining Children