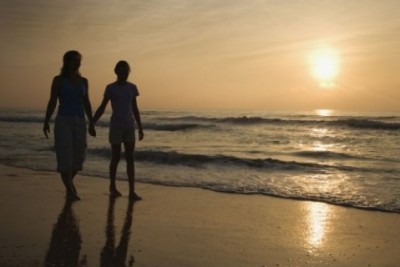 Naomi: A Perfect Example of a True Mother-in-law

My joy, my bliss, pleasantness of Jehovah, that’s the meaning of Naomi’s name. And she was embracing it… until she later felt God dealt bitterly with her. Even then, Naomi was a perfect example of a true mother-in-law. She never took her frustrations out on her daughters-in-law.

Life was blissful for Naomi in the beginning. She married a husband who could afford for her family to live comfortably. Then things changed for the worst when she had to emigrate to Moab with her husband. In addition, she was now a mother-in-law to women of the foreign land. Jewish Law forbade marriage outside of one’s nation. Naomi could have been the mother-in-law from hell and resented her daughters-in-law because of this fact.

Instead, Naomi chose to love her in-laws. She welcomed them into her family and showed them kindness. Her love for them was implied through Ruth and Orpah’s attachment to her. No one wants to stay with someone who mistreats them. This point is only amplified when their husband died, and they still insisted on staying with their mother-in-law. They were even okay with leaving their family to return with Naomi to her homeland. Orpah was convinced to return, but Ruth couldn’t be persuaded.

But Ruth replied, ‘Don’t ask me to leave you and turn back. Wherever you go, I will go; wherever you live, I will live. Your people will be my people, and your God will be my God. (Ruth 1:16)

Naomi remained compassionate and concerned when they returned to Judah. She put her needs aside and was focused on Ruth’s happiness and her future. She gave Ruth precise instructions on the steps that would lead her into marriage with Boaz. And it worked. So, it’s no surprise when Ruth’s son was born, Naomi was the nurse. She even called him her grandson, which meant she considered Ruth her biological daughter.

To conclude, mothers-in-law can learn from Naomi’s perfect example. They too can choose how to treat their in-laws. They can either influence their lives in a positive or negative way. Mothers-in-law can learn to accept their sons and daughters-in-law as their own, and shower them with unconditional love—regardless of their appearance or their paycheck. Lastly, mothers-in-law have the power to minister to their in-laws and bring them to Jesus. Show them love even when they don’t deserve it. This will only inspire them to say, I want your God to be my God.

How has your mother-in-law impacted your life?

Amelia Brown is from the beautiful island of Jamaica. She is a 28 year old Guidance Counselor by profession, but a passionate writer at heart. Most of her articles written are aimed at stimulating positive change under the guidance of the Holy Spirit. She is also a published poet and a member of Faithwriters. Outside of writing, she enjoys volunteering, cooking, and turning frowns right side up. Amelia currently lives in New York.
@ameliambrown
Previous God and His Motherly-Like Care
Next Are You a Teen Church Dropout?