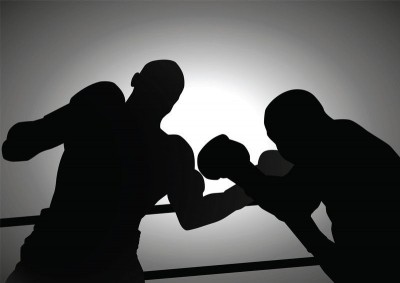 It has been awhile since I’ve written an article. It wasn’t supposed to be this way, because I enjoy writing and would be sharing something almost every day unless something interfered. The truth is, even now it’s hard for me to write. My head isn’t completely where it needs to be, but you know…lesson learned! NEVER DROP YOUR GUARD!

The truth is, I got sick. I’m diabetic and I wasn’t eating as healthy as I should. It’s a struggle. You see something good and you want to eat it. Of course there are consequences. Your blood sugar gets too high and then the symptoms kick in. Fatigue, headaches, and even weakness. But what was causing these symptoms? It wasn’t just sugar. I learned a hard lesson.

There is a “healthy” yeast that lives in all of us called Candida. It feeds off the sugar in our bloodstream and in general it’s harmless to us. But I messed up, and I was letting my sugar get too high. So what came next really caught me off guard. The Candida in my body overpopulated from the excess sugar and then all the symptoms kicked in. I even had a rash quickly form on my shin that was around 12-14 inches. It hit fast and it hit hard.

Now I quickly diagnosed that it was Candida. The symptoms were all there, so I began fixing my diet and taking healthy supplements to kill off the extra Candida. The problem with doing this is that Candida doesn’t go down easy. When it dies, it can release anywhere from 70-80 toxins into the bloodstream. When these toxins get into your bloodstream, it can alter your personality and even give you brain fog. I think I got the worst of it because I definitely wasn’t myself. I was cranky, moody, angry, and everything else horrible I could be.

Oftentimes when we think of spiritual warfare we take a very straightforward approach to it. However, the enemy is dangerous and efficient. I would gander that in some ways the enemy knows more about us than we know about ourselves. At least what’s going on in the inside. So what’s so complicated? Well, the enemy tempts us into doing things that we really shouldn’t. Even if it’s eating a little extra sugar. He knows that it can wreck us and that’s what he wants to happen. This is what happened to me. I dropped my guard and I got wrecked for awhile. Unfortunately, getting wrecked took me out of the writing game well over a month and I’m still trying to repair myself to see it never happens again.

Protect Yourself At All Times

If you’ve ever watched a boxing match, the fighters and referee usually gather in the center of the ring before the fight, and the ref tells the fighters to “protect yourself at all times.” And rightfully so. You drop your guard for one moment and your opponent will drop you.

The same type of thinking needs to be applied to our lives in general. This isn’t to say we should be overly paranoid, but rather keep ourselves focused enough on what may be looking to throw a jab at us. When we take this type of approach to life, we will be able to dodge and roll away from the attacks that come at us.

Beyond The First Dimension

The thing with protecting ourselves is it’s not a one-dimensional thing. We have to guard ourselves mentally, physically, and spiritually. Truth be told, each one of these areas affects the others. We need to keep it all together in all three areas so that we don’t get picked apart.

Now that I’ve learned this lesson the hard way, I know to defend myself and focus on the enemy’s schemes more. Again, I won’t become paranoid, but I will become effectively aware.

I’m still not where I would like to be. My head isn’t as sharp while I’m still recovering, but in some ways I’ve become sharper in that I know that I need to watch for certain dangers in my life, or I’ll get wrecked again. It’s not going to happen. For I may have lost the battle, but I refuse to lose the war. Thank you for reading and God bless.

1 Peter 1:13 Wherefore gird up the loins of your mind, be sober, and hope to the end for the grace that is to be brought unto you at the revelation of Jesus Christ.

What secret battles might you be facing? How can you shutdown the enemy?

Joel M. Bauer is a 45-year-old U.S. Army Veteran from Dunn, NC, which is just outside of Raleigh. After being honorably discharged from the U.S. Army, he attended school at Taylor University, a Christian liberal arts school, in Fort Wayne, IN, where he received his BS in social work and psychology. He has worked in such places as a homeless shelter, a community based treatment center for severe mental illnesses, a school for troubled students, and other social service agencies. His current endeavor is to build The Bottom Line website into a site that inspires both Christians and non-Christians alike, and brings glory to God.
Previous 3 Stages of Prayer
Next Christian Bakery Owners Send “Cakes of Love” To The Gay Community