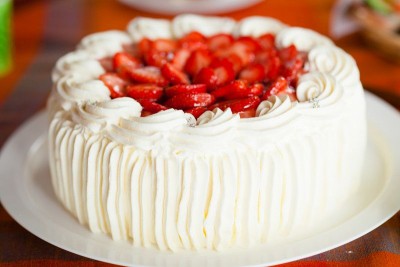 Earlier this year a bakery in Oregon owned by a Christian couple was the focus of a lawsuit by two lesbians for a refusal to bake a cake for their wedding. Sweet Cakes by Melissa, outside Portland, was fined 135,000 dollars. Aaron and Melissa Klein have responded with a gesture of love by baking cakes for the gay community.

Like many such cases around the country involving bakeries and flower shops, the issue is not hatred toward gays but a refusal to be a part of same-sex weddings. The Klein’s demonstrated that by sending 10 cakes to gay rights groups in California. It was an idea suggested by Ray Comfort, a Christian leader who spearheaded the release of the film, “Audicity,” a movie which addresses the gay controversy from a Christian perspective. The Klein’s went out of their way, literally, driving to California to meet with Mr. Comfort.

The cakes were specially decorated with a heart and a caption that read, “We really do love you.” To “represent freedom…to live our lives the way we want to” the cakes were red, white and blue. They were shipped on August 19, along with a letter, a 25 dollar gift card, and a copy of the movie. This is Christian love in action! It was done hoping that the gay community will “understand us as being Christians, and why we believe the way we do.” Isn’t this the way it should be? They are living out Matthew 5:16. “Let your light shine before men in such a way that they may see your good works, and glorify your Father in heaven.” Romans 12:17-21 also applies here: “Never pay back evil for evil to anyone…If possible, so far as it depends on you, be at peace with all men…If your enemy is hungry, feed him, and if he is thirsty, give him a drink…Do not be overcome by evil, but overcome evil with good.”

May the LGBT community come to realize that Christians do not hate them as people; we just can’t go along with their practice of same-sex marriage. This can be accomplished if more and more people follow the example of Aaron and Melissa Klein. What act of love can you and I show to a group of people who believe that we are their enemies?

a Christian response to same-sex marriage a heart of love Aaron and Melissa Klein baking cakes for the gay community be at peace with all people lawsuits against flower shops and bakeries by gays love you enemies loving homosexuals but not loving same-sex marriage Matthew 5:16 overcome evil with good Romans 12:17-21 Sweet Cakes by Melissa 2015-09-07
John Clark

Tags a Christian response to same-sex marriage a heart of love Aaron and Melissa Klein baking cakes for the gay community be at peace with all people lawsuits against flower shops and bakeries by gays love you enemies loving homosexuals but not loving same-sex marriage Matthew 5:16 overcome evil with good Romans 12:17-21 Sweet Cakes by Melissa

John Livingston Clark is 67 years of age and lives in central Washington State. He has written two published books, and two published poems. His initial book is called, " God's Healing Hope: Breaking the Strongholds of Wrong Thinking." His second book, released in December of 2016, is a motivational book written to seniors titled, " Seniors: Are You Retiring or Recharging?" Both books are available on amazon. You can also view his writings on www.faithwriters.com. John is available to speak on a variety of topics. Visit me at jclarkministries.com
Previous Never Drop Your Guard
Next A Chat With Kyle Petty: The Kyle Petty Charity Ride Across America