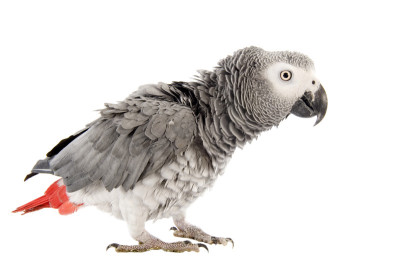 One of the things that amazes me most about Jesus (and what I wish I had more of) is His “never get ruffled” demeanor.  Have you noticed that, particularly in John 5?  No matter what the circumstances, He always responded with quiet, calm assurance.  Peace and quiet confidence wrapped around Him like a cloak.   He knew His title and position.  He knew He was omnipotent and omniscient.  I think that aspect of Him most rattled and incensed the “religious” Jews.  Whenever He was confronted by these opportunity-seeking Jewish leaders, He simply spoke truth to them.  He didn’t seem to care whether it hurt their feelings or stepped on their toes.  (So don’t be too hard on yourself if you are speaking the truth in love.)

Jesus was accused of many things including breaking the Sabbath (which He was Lord of) and saying God was His Father (let alone being God as well).  The Jewish leaders wanted to kill Him, in most cases, for dishonoring God. (John 5:16-18)  Finally, He decided enough is enough and He responded with truth about Himself.   1)  I do only what I see the Father do.  (They are of one mind.)  2)  I can do nothing of Myself.  (He and the Father are one and the same.)  3)  God loves Me and shows Me all He does.  4)  You will marvel at My even greater works from the Father.  5)  God raises the dead and quickens them and I quicken whom I will.   6)  God doesn’t judge anyone.  God gave Me that assignment to bring honor to Myself.  7)  Hear Me and Believe Me and receive everlasting life. (John 5:19-24)

But the majority of the Jewish people were stubborn and unbelieving – blinded the Bible says but Jesus continued to feed them life-giving truth.  …Everyone in the grave will one day hear My voice.  The dead will respond by rising up either to life or damnation.  Jesus reiterated that as He hears, He judges.  And His judgement is just because He isn’t self seeking.  He reminds His audience that others bore witness of Him:  John the Baptist, God the Father, and the scriptures.  He mentioned Moses and reminded them that Moses wrote about Him long ago.  He spoke the ugly truth that God’s love was not in them because they didn’t believe He was the Son of God.  (John 5:25-47 )

Jesus took the high road.  He spoke truth.  He didn’t shy away from a conflict.  He never got ruffled.  He wasn’t concerned with emotional responses.  He was on a mission and those who had a heart of good, fertile soil, received the seed He tossed out and yielded a wonderful crop of faith.

I encourage you to invite Jesus’ Holy Spirit into your life and times and witness, personally, what it is to be unruffled, peaceful, and attuned to God.  It will be an adventure you’ll never regret nor forget!

I just love walking outdoors - day or night. I identify most with the creative side of God and am energized by His artistry all around this world. He amazes me every time I turn around! Yeah, God and thank you, Jesus.
Previous It’s Time to Prepare for Your 2015 Resolution List
Next Your Appointed Work