Breaking News
Home / Faith / No Weapon Formed Against You Shall Prosper 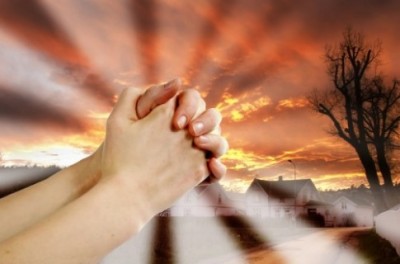 No Weapon Formed Against You Shall Prosper

No weapon that is formed against you will prosper …. Isaiah 54:17

Did you hear what the Lord said? He said no weapon formed against you will prosper. This means that you are in warfare and the enemy is trying to gain entrance into your life by attacking you with weapons of warfare. But also heed the Word of the Lord- No weapon formed against you will prosper. God has already won the battle, war or skirmish; however you want to label it.

And having disarmed the powers and authorities, he made a public spectacle of them, triumphing over them by the cross. Colossians 2:15

Finally, be strong in the Lord and in the strength of His might. Put on the full armor of God, so that you will be able to stand firm against the schemes of the devil. For our struggle is not against flesh and blood, but against the rulers, against the powers, against the world forces of this darkness, against the spiritual forces of wickedness in the heavenly places. Therefore, take up the full armor of God, so that you will be able to resist in the evil day, and having done everything, to stand firm. Stand firm therefore, HAVING GIRDED YOUR LOINS WITH TRUTH, and HAVING PUT ON THE BREASTPLATE OF RIGHTEOUSNESS, and having shod YOUR FEET WITH THE PREPARATION OF THE GOSPEL OF PEACE; in addition to all, taking up the shield of faith with which you will be able to extinguish all the flaming arrows of the evil one. And take THE HELMET OF SALVATION, and the sword of the Spirit, which is the word of God. With all prayer and petition pray at all times in the Spirit, and with this in view, be on the alert with all perseverance and petition for all the saints. Ephesians 6:10-18

First God sent Jesus to the cross. By His death and resurrection, He exposed and made a public spectacle of the principalities and powers of the air; completely and thoroughly stripping them of all power and authority over Himself and the inhabitants of earth. But we must tap into this prevailing victory by accepting Jesus as our Lord and Savior. Only then can we too, enjoy the authority given us by the victory of Jesus at the cross.

The Garden of Eden was meant to be ruled and enjoyed by mankind not the principalities and authorities of the air. God never intended for man to be subject to the powers of darkness but the other way around, the powers of darkness to be subjected to man. Adam and Eve gave that authority over to Satan when they ate the fruit off the tree of the Knowledge of Good and Evil.

But glory to God, in Jesus we have been given that authority to rule in the earth once again. Every born again child of God now is the ruler over the kingdom of darkness and the devil’s schemes will not prosper against us. Jesus has already done all the work in giving us authority over the evil one. We must do our part and take up the supernatural armor of God found in Ephesians chapter six. Only then can we walk in the wonderful truth that no weapon formed against us will prosper and we walk in this powerful word by faith in the finished work of Jesus Christ. Walk in victory saints!

Greg is a born again believer who testifies to the absolute transforming power of God's word. Greg has been called to full time ministry and He has known Jesus for most of his life. Greg received his degree in Pastoral Ministries from what was formerly Bethany University in Santa Cruz,California. View Greg blogs on iwriteforjesus.com. Greg has a book published on " To Jesus Christ the High Priest of my confession: A personal Testimony." find it on http://www.amazon.com/Christ-Priest-Confession-Personal-Testimony/dp/1507706847/ His testimony in short form is published in "Trials and Triumphs II" on http://www.amazon.com/Trials-Triumphs-II-FaithWriters/dp/1498416012/. This book is filled with 50 inspirational testimonies and is a project of Faith Writers.
Previous Being Rooted and Grounded in Christ
Next Teens & Peer Pressure