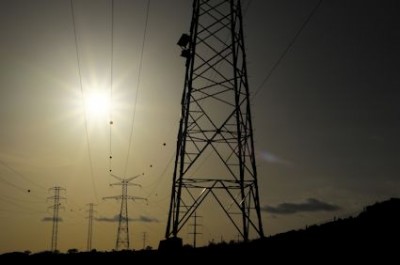 There have been four major assaults on power sources around the world in the last year and a half. On January 25, 2014, 140 million people in Pakistan were left in the dark because jihadists attacked a major power line. There have also been onslaughts against grids in Mexico and in the Arabian Peninsula.

There is an ongoing threat to America’s power grids as well. On April 16, 2013, the Pacific Gas and Electric substation near San Jose, California, was the scene of a blackout due to commando-style activity.  Twenty-one high voltage irreplaceable transformers were almost destroyed. If that had happened much of the San Francisco Bay area could have been darkened, perhaps for years, according to one article researched. The group got away, so the question is when and where will they strike again?

As important as power grids are to the functioning and security of the nation, of greater concern is the spiritual darkness that already exists. We are seeing it in all areas of our society. It is in our public schools and colleges, the media, entertainment, and has become evident in the lack of moral standards and evil acts of violence. Sadly, it is in some of our churches. A recent article pointed out that more young people are being sucked into the occult than ever before. There is a kingdom of darkness under the control of Satan, and he is seeking to attack all sources of spiritual light.

In the days leading into the Tribulation Period and the return of Christ, Satan is doing everything he can to lure people into his kingdom. His darkness is a lot worse than a power grid shutting down, and it will last forever in hell, which Jude 13 describes as “black darkness,” along with many other places in scripture that mention this. There are those who don’t believe in a literal hell, but there is a real estate agent in Southern California who has been there and back. Bill Wiese relates his experience in his book, “23 Minutes In Hell.”

When God came to earth to die for us 2000 years ago he made it possible to be delivered from the domain of darkness and be transferred into the kingdom of his Son, where we can experience redemption and forgiveness of sin (Colossians 1:13-14).

What kind of spiritual or emotional darkness might you be carrying right now? Maybe it is the darkness of depression or hopelessness. Call upon Jesus. He said that he is the “light of the world.” Then if you have to live in the dark because some power grid is sabotaged you will still have the light of God’s Holy Spirit living in your soul. He will be a light to your path no matter how much darkness is around you.

John Livingston Clark is 67 years of age and lives in central Washington State. He has written two published books, and two published poems. His initial book is called, " God's Healing Hope: Breaking the Strongholds of Wrong Thinking." His second book, released in December of 2016, is a motivational book written to seniors titled, " Seniors: Are You Retiring or Recharging?" Both books are available on amazon. You can also view his writings on www.faithwriters.com. John is available to speak on a variety of topics. Visit me at jclarkministries.com
Previous The prayer God wants you to pray over yourself
Next A Christian Warrior, an Open Battlefield