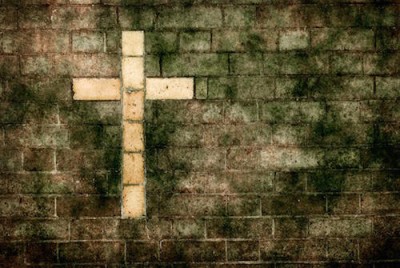 Profiles on the Enemies of God: False Religion

Christians know this and they know the Christian faith is the one true religion, but let’s look deeper at the false religions and why they are false.

Jesus said in John 10:1 “Truly, truly, I say to you, he who does not enter the sheepfold by the door but climbs in by another way, that man is a thief and a robber.”

He was speaking of the false religions of the pagans and the way of doing things by works alone, but what do they seek to steal?

All false religion is inspired by Satan, who seeks to usurp God and His dominion. They do this by imitation of Christ and His works.

It is the work of Jesus that saves us, but by relying on personal works one seeks to place themselves in the position Jesus holds and save themselves. Be it the Voodoo priest seeking personal power over spirits or the gnostic thinking spiritual knowledge will save him, or those involved with Buddhist and Hindu traditions who seek through works to purify themselves of sin, even Islam which claims that only Allah saves–all are still dependent upon personal works to please their god.  All the false religions of the world seek first and foremost to exalt themselves above God just like Satan does. Isaiah 14:

“How you are fallen from heaven,
O Day Star, son of Dawn!
How you are cut down to the ground,
you who laid the nations low!
You said in your heart,
‘I will ascend to heaven;
above the stars of God
I will set my throne on high;
I will sit on the mount of assembly
in the far reaches of the north;
I will ascend above the heights of the clouds;
I will make myself like the Most High.’
But you are brought down to Sheol,
to the far reaches of the pit.

Only the works of the one true God, Jesus Christ, His Father and His Holy Spirit, the Holy Trinity is the one capable of saving the individual and humanity. It is the work upon the cross that does it all and we have the resurrection as proof of this, as testified to by the scriptures and the witness of the Holy Spirit.

Once the Holy Spirit indwells a person, He begins the work of cleaning out the sin in a person’s life. They begin to, on an instinctive level, imitate Christ in their actions and thoughts. As we learn in 1 Peter we see that God makes us this way.

“Therefore, preparing your minds for action,and being sober-minded, set your hope fully on the grace that will be brought to you at the revelation of Jesus Christ. As obedient children, do not be conformed to the passions of your former ignorance, but as he who called you is holy, you also be holy in all your conduct, since it is written, ‘You shall be holy, for I am holy.’ ”

In terms of works of the law, the theologian Rousas John Rushdoony in his Law and Liberty put it like this:

“Law is good, proper, and essential in its place, but law can save no man, nor can law remake man and society.”

Another way to separate the true faith from the false is that Christianity is about obedience to God and decreasing as an individual so that Christ may show Himself through you.

Matthew 5:16 “ In the same way, let your light shine before others, so that they may see your good works and give glory to your Father who is in heaven.”

The Christ follower does his or her works because their faith compels them to: “So also faith by itself, if it does not have works, is dead” (James 2:17), while the follower of the false religion does works with the expectation of reward or avoidance of punishment.

All one need do is look at how the religions of the world function as a spiritual system to see that Christianity is the one true religion and that Jesus Christ is the Way, the Truth and the Life. He proved it by HIS works, both on the cross and in the lives of His followers.

What do you believe saves you? Is it your personal works or the work of Christ and the transformational power of the Holy Spirit?

Jonathan Kotyk is a student, self taught philosopher, recovering addict and born again Christian. He has spent time on both the far Left and Far Right side of the political spectrum and lives in Canada.
Previous Guilt “Giving” in Christian Organizations
Next Inspiring YA Book That Everyone Should Read