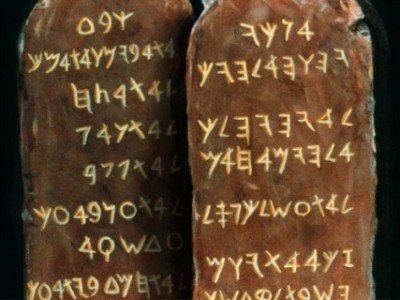 Purveyors of the Lost Ark

I consider myself to be both a dedicated and inquisitive Christian as well as a mediocre historian.   This makes me immensely interested in the story of the Ark of the Covenant, and where it might be still today- if it actually still physically exists.

Much has been written and told about the potential and legendary whereabouts of this ancient wooden crest which actually housed the God-drafted tablets of stone which spelled out the Ten Commandments.  And I don’t just allude to the famous 1981 Harrison Ford movie- “The Raiders of the Lost Ark”.

A few years ago I was watching a documentary on the History Channel regarding the likelihood that the holy Ark was presently located in an Orthodox Church in a town in Ethiopia (Aksum), and it was being guarded by a handful of selected priests and bishops.  I believe that only 1 monk is allowed to actually view the Ark; this person is selected by the Archbishop of the Ethiopian Church.  When said monk dies, a new monk is elected to be the new watcher of the Ark.  This special monk is not allowed to step outside the inner sanctum where the ark is located, in his lifetime!  The Archbishop, or Patriarch, of the Ethiopian Church is not allowed to view the Ark himself.

Apparently one day, in 2009, this Bishop declared that he would show the Ark to the world the following day, to end the mystery of where the Ark was located.  Then, the next day, he changed his mind and said he could not present the Ark, but that he can attest to the Ark being situated there in his Church.  That sounds a little “fishy” to me, but potentially is feasible.

Could the historical and actual Ark still be in one piece after all this time, and despite all the people who would surely want to have it in their possession?  Could it be in a rather obscure Orthodox Church in a 3rd-world country like Ethiopia?  Does that mean that this Church has some favored status with God?  Clearly that is what they must believe.

Given the supernatural power and meaning that the Ark has, I find it odd and surprising that some over-zealous Christian group (or maybe a cult) has not made efforts to break into this Church’s sanctuary to prove whether or not the Ark is there in reality.  (Note- I am not advocating this action.)

Ethiopia is not the only legend regarding the current house of the Ark.  There are various people in South Africa, England, Ireland, France and other places that believe they have the Ark- however they have not been as explicit as the declarations of the Ethiopian Orthodox Church.

In the end, I have to believe that the actual Ark of the Covenant does not exist today.  How many pieces of furniture are still around and semi-intact after 3000 years?  I know some archeologists will say that it is “possible”, but rather unlikely.   If it did exist in Ethiopia, and they claim it has been there since at least the 12th century (and potentially as far back as the 10th century BC), I would think that over the decades and centuries some warmonger would have taken it over and tried to use it for their personal gain.  Maybe to claim themselves as some sort of messiah or deity.

More importantly, having the physical Ark means nothing unless the person believes in the Old and New Testament, and believes in the Gospel of our Lord.  The prophets, nor the apostles, were purveyors of “magic” or sorcery.  God does perform miracles thru people- but they are conducted for the glory of God, and to His ends.  A non-believer would not be able to conjure up magical powers of the Ark to their benefit.  In this manner, maybe the “Raiders” movie was not that far-fetched after all….

Do you believe the Ark still physically exists?  If so, where?

Ken Lambert, D.Min, lives with his wife and twin boys in southern New Hampshire, and has written for a variety of religious and secular publications. He is co-author of Top Ten Most Influential Christians- since the Apostles, and is an adjunct instructor for Agape Seminary (Church History, Wisdom Books).
Previous This Chicken Story Will Warm Your Heart
Next 20/20 Vision: So Why Can’t My Child Read?