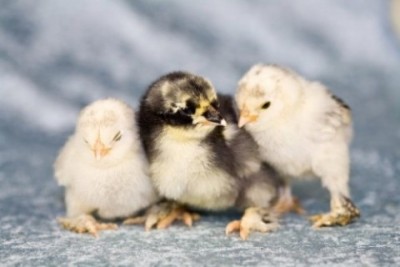 This Chicken Story Will Warm Your Heart

Have you ever thought it is too late for your life to move forward? Do you think your circumstances are so bad that you can’t possibly see a way out? The following story might inspire you to think otherwise.

A boy by the name of Harlan was born on September 9, 1890. His father died when he was six years old. At seven years of age he started cooking for his two younger siblings while his mother worked to provide for the family. He dropped out of school in sixth grade in order to start working.

Harlan Sanders held a  variety of jobs until he began running a service station at the age of 40 in Corbin, Kentucky. Because he had become good at cooking as a result of all the years he spent preparing meals for his family he decided to make food for the hungry travelers stopping for gas. His food was delicious and became quite a sensation, so much so, that he opened a restaurant that specialized in chicken.

Unfortunately, he had to close his business because a freeway was being constructed through his property. He lost everything. At the age of 60 he had been defeated but refused to give up. Harlan got on social security and used his first check to begin franchising fried chicken. In 1964 he had over 600 locations and sold his enterprise for 2 million dollars. He became famous the world over. People started calling him Colonel. Today, you can see the result of this man’s hard life, but determined spirit, when you walk through the door of a Kentucky Fried Chicken restaurant.

You are never too old, and it is never too late, to dream. You don’t have to be held back by obstacles. Philippians 3:13 says to “forget what lies behind and press forward to what lies ahead.” Imagine what could happen if you combined the never-give-up attitude of Harlan Sanders with God’s power and grace? Where are you right now in your life compared with where you could be? In what ways are you seeing a dream become a reality? This verse is in  a spiritual context so the question could also be asked. “Where are you in your relationship with God?”

Remember this story and think about those questions next time you sit down to eat at Colonel Sanders.  You could have a “finger lickin’ good” experience and warm your heart on this inspiring story of a man who had an unrelenting spirit.

John Livingston Clark is 67 years of age and lives in central Washington State. He has written two published books, and two published poems. His initial book is called, " God's Healing Hope: Breaking the Strongholds of Wrong Thinking." His second book, released in December of 2016, is a motivational book written to seniors titled, " Seniors: Are You Retiring or Recharging?" Both books are available on amazon. You can also view his writings on www.faithwriters.com. John is available to speak on a variety of topics. Visit me at jclarkministries.com
Previous Believers Who Believe In Ungodly Things.
Next Purveyors of the Lost Ark