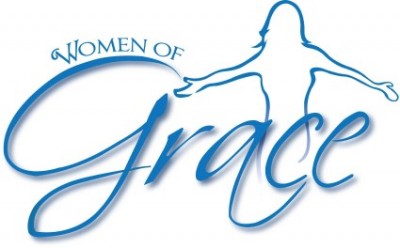 Joni Eareckson Tada is an evangelical Christian author, radio host and founder of Joni and Friends ministry. What makes Joni’s story so compelling is her overcoming faith despite a tragic accident years ago that left her wheelchair-bound for life.

On July 30, 1967, Joni dove into Chesapeake Bay after she misjudged the shallowness of the water. Her spinal cord was severed, and she became a quadriplegic. Joni was paralyzed from the shoulders down.

Joni’s overcoming faith did not happen immediately. For the first two years after her accident she battled anger, depression, and suicidal thoughts. Despite this very trying time, Tada went on to teach herself how to paint by holding a paintbrush between her teeth. Her artwork began selling, and this inspired her to do more with her life. She wrote her first autobiography in 1976, Joni: The unforgettable story of a young woman’s struggle against quadriplegia and depression. Her autobiography became an international best seller, and her book was made into a feature film in 1979, staring herself.

Tada founded Joni and Friends in 1979, a Christian ministry dedicated to helping people with disabilities. Joni found love shortly after with Ken Tada and they were married in 1982. They have been married for over 30 years despite the challenges that they have to endure with her disability. Joni continues to speak at conferences and has published several articles for various Christian publications. She is the author of over 48 books mainly on the subjects of disability and Christianity. In 2005, Joni was appointed to the Disability Advisory Committee of the U.S. State Department.

However, Joni continued to have trials despite all of her successes. In 2010, Joni was diagnosed with breast cancer. I remember hearing about her diagnosis, and thinking, “Has she not suffered enough?”

She had already spent 40 years in a wheelchair, and she had already prayed many prayers of faith for her healing; and then a cancer diagnosis. Tada began chemotherapy in 2010 and underwent a mastectomy. The chemotherapy took a hard toil on her already ailing body. The overcomer in Joni never questioned why the cancer on top of spending more than half of her life in a wheelchair. She has now included raising breast cancer awareness in her ministry. So many people would have given up during such trials, but Joni’s faith actually got stronger as a result!

Joni has been known for saying, “I just make my emotions obey me and I’m not going to be led by them.”

Joni has also learned how to be content in her present situation. I find her story absolutely incredible, because I have thought: What would I do in her situation? Whine, complain, and become angry with God? God’s grace is all around her life, and it is quite evident. I have truly learned so much from her life, mainly contentment and thankfulness.

“My weakness, that is, my quadriplegia, is my greatest asset because it forces me into the arms of Christ every morning when I get up.” Joni Earreckson Tada

For I consider that the sufferings of this present time are not worth comparing with the glory that is to be revealed to us. Romans 8:18

Does Joni’s story inspire you? What can you learn from her life? What challenges in life have you had to overcome and how did you overcome them?

Find out more about Joni’s ministry, Joni and Friends.

Stephanie has a heart and passion to see broken lives restored and redeemed through Jesus Christ. She writes through her personal experiences and her educational and professional background. She has over 17 years experience in counseling, and has a Master's degree in Social Work, Bachelor's degree in Psychology, and is a Licensed Belief Therapist. Stephanie has been married for 16 years,and has one grown son. Stephanie's desire through her writings is to bring hope and encouragement to the body of Christ, that no matter what you have been though or going through, there is restoration and redemption through Jesus Christ.
@Stephrreck
Previous Turn Off Your Cell Phones and Have a Family Fun Night
Next Our Hope: Confessing Our Sin