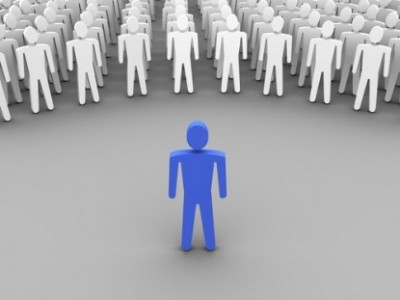 Our Hope: Confessing Our Sin

“Confess your trespasses to one another, and pray for one another, that you may be healed.  The effective, fervent prayer of a righteous man avails much.”  James 5:16 (NKJV)

Confession of sin by the believer is an integral part of being saved, and also of living the Christian life from that point on.  Jesus has commanded that we confess our sin, to Him, and to other believers when appropriate.  It is up to us to use godly wisdom to know when a sin should be shared with someone besides the Lord, and when it should not.  But whenever we do confess, our hearts become free of the burden, and the Lord is pleased.

My husband and I have been involved with the hospitality ministry nearly since we walked through the doors of our church.  When we first became the chairpersons, there was a man who worked behind the scenes continually, who wanted to be at every single function.  He came to set up and tear down, he was the first and last one with the broom and mop, and he never walked out the door until we did.

He was quiet and kind and very gentle.  He truly had a servant’s heart.  He wanted no praise for it; he only wanted to be permitted to serve.  He was a true blessing to us.  He never failed to ask after my sons, who were in the Army at the time.  He had met my mother one time, and always asked about her.  He showed interest in others and their lives, and while not prying at all, he was a comfort to many just by the way he showed Christian love.

One Wednesday night several years ago, Joe (not his real name), got up during our service, and asked to be allowed to speak to the congregation.  This in and of itself was a surprise, as we all knew of his quiet nature.  But the pastor allowed it, and Joe went to the front and began to speak.

He spoke of the alcoholism he had been fighting that none of us even knew existed.  He spoke of how he had been able to sustain his abstinence from it for many years, but just recently it had claimed him once again.  He told of how he had made the mistake of driving while under the influence, and how thankful he was that no one had been hurt by his actions.  He then told of how he was arrested, and had gone to court, and had been sentenced to restricted driving.

Then he apologized.  He asked for forgiveness from us, the members of the church.  He had already made his peace with Jesus, and knew he had been forgiven.  But he felt he needed to do this confession as a biblical matter, that it was something he had to do.  He had a bit of a frightened look on his face at this last part, and I knew then that he was concerned he would lose the ability to serve in our church because of this perceived breach of trust.  He was a man who took God’s work seriously, and all the things of God were to be honored.  He finished speaking, and thanked us all for listening, and then the peace appeared on his face.

Of course everyone spoke with him and comforted him and assured him his place was safe, and that he was well-loved.  But that was not the end of his story.  You see, Joe had been in the process of remodeling his home.  While he was remodeling it, he was sleeping in his finished basement.  And just a week or two after his confession in front of the church, something went wrong, a fire started, and his body was found in the ruins.

Through my grief it hit me that Joe had indeed made his peace with his Maker.  He had done the right thing, while many of us would have remained silent.  And because of it, his last few days were good days, and he was on the path to recovery and new life.  God knew this was coming.  And he used Joe to show the rest of us how important it is to follow Him, and to confess our sin while we can.

Jesus is Our Hope.  He listens to us when we tell Him our sins, our problems, our faults.  And He forgives them all.

There is no favoritism; if He did it for Joe, He will do it for you and me.  And we will have the peace that Joe had.  And the hope for the future, which may have been short on this earth for Joe, but what a joyous occasion when he arrived, face-to-face with His Lord.

“If we confess our sins, He is faithful and just to forgive us our sins and to cleanse us from all unrighteousness.”  1 John 1:9

When have you been in a situation that you needed to confess something to others?  Please go to www.mystoryofgrace.com and tell us about it.  We would love to celebrate the victory with you!

Lili lives in central North Carolina. She writes devotionals and Christian articles and has been published in e-magazines, newsletters, and articles. She is a member of Faithwriters.com. She and her husband Chuck love to travel, and are animal lovers as well. They are active in their local church. Lili credits God for any inspiration that allows her to write. It's all about Him!
@@ohiolili
Previous Quadriplegic, Joni Eareckson Tada, Exemplifies An Overcomer
Next Can I Trust God in The Little Things?