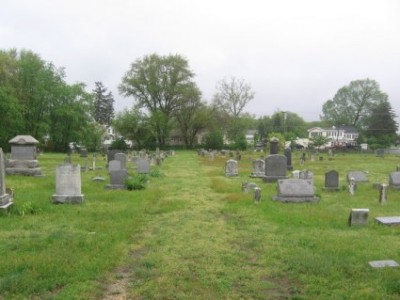 Questions and Fears About Dying? There’s a Conference!

In our society today, there is a conference, meeting or some type of educational opportunity to learn of nearly anything one can imagine.  There is literally no limit to the possibilities.  And usually, nothing surprises me.  But the discovery of a conference to help people assuage their fear of death, and to discuss possibilities, did catch me off guard.

It is called The Art of Dying Conference.  It is organized by the Open Center.  The first conference was in 1995, and boasted an attendance of 100 people.  This year’s conference was held last weekend in Manhattan, and to purchase a ticket would have lightened your wallet by nearly $600.  While I cannot confirm the number in attendance, it has been estimated that as many as 300 people were expected.

The annual, three-day event consists of two day-long seminars, workshops and presentations, and the speakers are professionals whose specialties range from neurosurgery to end-of-life doulas.  (An end-of-life doula is a trained person who stays with and assists a person who is facing imminent death.) Buddhist teachers were to hold discussions on various topics concerning dying and the after-life.

One of the presenters was Eben Alexander, a neurosurgeon who wrote a book called, Proof of Heaven: A Neurosurgeon’s Journey into the Afterlife.  He was a doubter who became a believer. Another speaker is a co-founder of the Zen Hospice Project, the first Buddhist hospice in the United States.

“Going to a conference like this is life-affirming, ” said Wendy Chaite.  “I hope it will be a place where I can affirm that I’m on the right path and doing the right thing.  I hope I can gain some new skills, even if it’s just a subtle small thing.”

Wendy’s daughter, Melanie, is 21 years old, and has been living with hymphangiomatosis, a rare cancer-like lymphatic disorder, her entire life.  She has accepted that she will die at a young age, but she has many questions, understandably, and she admits she sometimes feels scared.  One of her questions is, “Is it going to hurt when I die?”

“It used to be that this role of talking about death was solely filled by religion, but nowadays many people aren’t as focused on organizational religion that gives them answers.  They have inquiries. We want to gather the community to best explore the different questions about death.  We’re not presenting anybody as having the answers, but want to gather the best people who are in deep inquiry.  After all, death affects everybody.”
Thomas Amelio, co-founder and president, Open Center.

Other than the one neurosurgeon who became a believer after his near-death experience, it would appear these people are looking for answers regarding death in places other than God’s places. The agenda seems to be almost pagan by nature, simply because God has been left out of the equation.  Practices such as Yoga and Zen Buddhism are being exhorted, while Christianity is called, quite simply, religion.  The spiritualism referred to would seem to be that of self, not of the Supreme Being Christians recognize as God.  This is one more concern for Christians in that important issues are being examined, discussed, and possible answers given from a perspective devoid of true spiritualism.  It is disappointing that the answers these people are seeking are already available, in the Living Word of the Living God, with all the promise He holds for each and every one.

“We are confident, yes, well pleased rather to be absent from the body and to be present with the Lord.”  2 Corinthians 5:8 (NKJV)

What do you think about this pursuit of knowledge regarding life after death? Where do you look for comfort and assurance?

I welcome your comments on this article. Please feel free to leave me a note, and I will be happy to respond back to you.

Lili lives in central North Carolina. She writes devotionals and Christian articles and has been published in e-magazines, newsletters, and articles. She is a member of Faithwriters.com. She and her husband Chuck love to travel, and are animal lovers as well. They are active in their local church. Lili credits God for any inspiration that allows her to write. It's all about Him!
@@ohiolili
Previous Teens: Rebellion is as Sinful as Witchcraft
Next The Bible Opens Up About Diet and Exercise