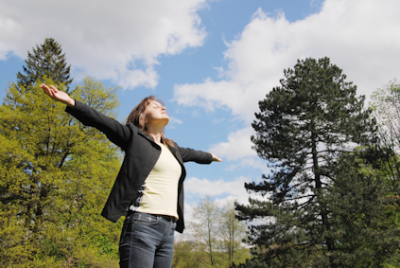 Console: to alleviate the grief, sense of loss, or trouble of: comfort
(online Merriam-Webster)

In ancient times, God called a believing man to walk with Him, to establish a nation that would follow Him. This man was Abraham. Abraham had a son that he named Isaac. Isaac had twins, Esau and Jacob. Esau was the firstborn and Jacob came out “holding onto” Esau’s heel. (Genesis 25:26)

The two brothers would become two nations, the older serving the younger. Esau was a hunter and one day, when he returned from the field, Jacob was cooking stew. Famished, Esau said, “Please let me have a swallow of that red stuff there” (Genesis 25:30). Jacob agreed to give his older brother some stew only if Esau gave him his birthright, which he did. The Bible reveals Esau’s heart concerning his birthright, stating he “despised” it. (According to a footnote in the NASB study Bible, the birthright meant receiving the covenant promises of God.)

Although Esau did not revere or care about God’s promises, he certainly wanted the blessing that came with the birthright. When the time came for Isaac to bestow the birthright, Esau went out to hunt at his father’s request. While Esau was hunting, Jacob went to his father with the skin of goats on his hands and part of his neck because Esau was a hairy man. His father was blind, so Jacob deceived him into believing he was Esau when he felt his hands. Jacob received the blessing.

Naturally, this enraged Esau. Even though he spoke only to himself about his plan to kill Jacob after his father died, his words were heard and relayed to his mother, who told Jacob to flee. She said, “Behold your brother Esau is consoling himself concerning you by planning to kill you.” (Genesis 27:42)

Have you ever been severely wronged by another? Have you ever been cheated out of money? Cheated on? Taken advantage of during a weak time? Were any of these offenses committed by the very people you were supposed to trust?

It is inescapable: each of us will experience pain caused by the words, actions, and deceptions of others. As a teenager, instances of peer betrayal, harm, and deception may be more frequent than adults would like to believe. We will seek consolation. Our sense of justice demands it. Our soul pleads for it. But we only perpetuate evil by turning to any means other than God for consolation.

Of ourselves, when we visit another with the same wounds, we suffer. Our minds peel raw and darken by thoughts of revenge and vindication, hate and bitterness. Our souls become captive to pain, no matter how deeply buried, eating us from the inside out.

Jesus the Messiah was betrayed, ridiculed, tortured, and publicly disgraced. He hung for the satisfaction of mean souls to cheer at his demise. He endured and submitted to the Father’s plan of His crucifixion so that forgiveness would be possible.

Your forgiveness and my forgiveness caused Jesus pain: emotional, mental, spiritual, and physical. Amazingly, when we choose to forgive through the great name of Jesus, we are set free from emotional pain. You might not believe it now, but your thoughts will turn to better things, your soul will cease brooding, your heart will thirst for hope and a new beginning. God will restore—blessed is the one who trusts in the LORD (Jeremiah 17:7 ).

How has Jesus helped you move on from a bad experience?

lives in Minnesota where the winters are long and harsh, white and beautiful (think Frozen). She loves writing Christian fiction and has published a book about the steadfast working of God's love and truth in the midst of personal, relational, and national turmoil - Kingdom Horizon. Check it out! Along with other TBL writers, she is a member of faithwriters.com. She also likes being with children and works as a substitute teacher. Thanks for reading this and hope you are blessed by The Bottom Line website.
Previous When You Are Broken Like a Pencil
Next Heartfelt Words From People Who Have Lost A Child