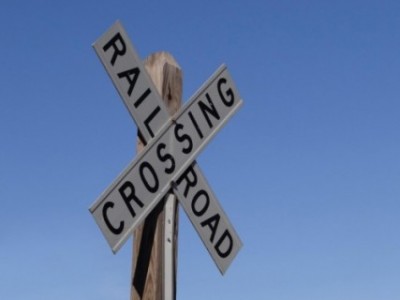 These days the world seems to be full of the inner workings of man. Competition is at its all time high with a driving force to see who can cater best to the individual customer’s needs. Man creates new meanings to the words he chooses to use philosophizing his own definition making it appear equal to the original term. Between the twists and turns of time, God is rapidly being shoved out of the way for mankind to make his own godly appearance.

Over the past decade alone there have been more recognizable “signs of the times” noticed not just by Christians who already were aware of the “birth pains” but more and more non-believers are focusing on the significant upraise of violence, disaster, tragedy, and a growing gap of disrespect, self-centeredness, and lack of content from a younger generation. It appears as if the world is ready to implode upon itself. What can be done? Who can even get us out of this mess that man has created? The simple answer: only God alone. He has already known the undertakings of our circumstances that would take place.

“When you hear of wars and rumors of wars, do not be alarmed. Such things must happen, but the end is still to come. Nation will rise against nation, and kingdom against kingdom. There will be earthquakes in various places, and famines. These are the beginning of birth pains”(Mark 13:7-8).

Surprisingly, these horrific scenarios of today are minimal to what is to come. “…a great earthquake… stars in the sky fell to the earth… every mountain and island was removed from its place” (Revelation 6: 12-14). “Hail and fire mixed with blood…a third of the earth… trees…and all the green grass was burned up…a third of the rivers…sea…living creatures…ships destroyed…a third of the day was without lights, and also a third of the night…”(Revelation 8:7-12). It all seems so bleak, yet not only did God know that man would fall; He also made a way of restoration.

As the sands of time continue to slip away, the greater the pains will become. Wars will continue to rage to an even higher standard, violence will escalate beyond statistics from the past, and a new normal will disperse as the world choses to set aside morality and absolutes.

But there is a God who loves whole-heartedly. Not just from a distance, through a connection His son Jesus Christ, for He will bring restoration to the world-a new Heaven, a new earth.

We are all living on a timeline called Eternity, but it’s the destination that we must choose; an eternal life with Christ where all things are made new, or one of an eternal torment in Hell. The train station is nearing. Which path will you chose? I propose you chose the One who gave His life for you to live in spite of what you believe you deserve.

is an author and editor for The Bottom Line Ministries as well as a member of Faith Writers. Currently she teaches high school language arts. She is a mom to four amazing blessings and enjoys every moment life has to offer. Renee has a fervor and drive to learn, she loves to read and spend time with her family, and is involved with her local church ministries. Humbled by God’s gift of words, she has a passion to write what the Holy Spirit has placed in her heart. She hopes to publish her in-progress book someday, but in the meantime, is honored to be placed as part of the TBL writing family and is holding on to the ride wherever God is leading. Renee and her family reside in their country home in Holland, Iowa.
Previous Pitfalls of Pride
Next Our Hope: When We Lose Our Pets