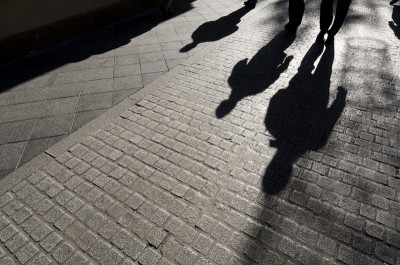 Satisfied to be Obscure?

He emigrated with his family from the country of Germany. The boat they sailed across the Atlantic was described as a sail boat, which no doubt made for a perilous voyage even for an adventurous young boy. His father believed in education, and saw to it that his growing family of children—there would be 11 in all—attended school through 12th grade.

After his education he worked as a collar maker for a local clothier. But that wasn’t all he accomplished. He pitched for his city’s baseball team too. It was a team that saw several members become major league players before 1900, as well as boasting some of Olympic talent. He held a swim record for his city, swimming the large river that fed into the Mississippi from one of that city’s bridges to the other.

He had the potential of leaving behind quite a legacy– perhaps he would have been known in the baseball world even to this day. But it was not to be. He fell through ice while hunting in December, 1886, and was drowned at just 21 years old. Other than a few family members who are interested in genealogy, his name has been forgotten in time.

To be obscure is to be known to few, or be understood by few. It does not sound like something to be desired. Who wants to think they will be forgotten? Yet the wise know that to fulfill God’s work in their life is to be remembered by Him. For the believer in Christ, it is the obtaining of everything—success. It does not matter what is accomplished, or how noted the accomplishments. It matters only that they were obedient to His call for them.

It may encourage anyone who still wants to run from obscurity to consider some obscure men who obeyed God anyway; their names are written in the greatest Book:

Most of us are like Jethro, Elishama, and Ehud. We will never be famous for our works, and our names will one day be forgotten. But if we have served God and followed the path He prepared for our life, we will have been anything but obscure to Him!

Do you ever feel insignificant? Do you compare yourself to the more successful? What is God prompting you to do today to fulfill His purposes for your life?

My husband Dan and I have three children and three grandchildren. We live in central Illinois. I am a graduate of The Institute of Children's Literature, a member of faithwriters.com, and a member of SCBWI. My writings have been published at chirstiandevotions.us, in DevotionMagazine, the PrairieWind Newsletter, and here at thebottomline.co.
Previous What to Expect In Your First Year of Recovery
Next God Takes Our Prayers Seriously