Breaking News
Home / Faith / Should We Give Money To Panhandlers? 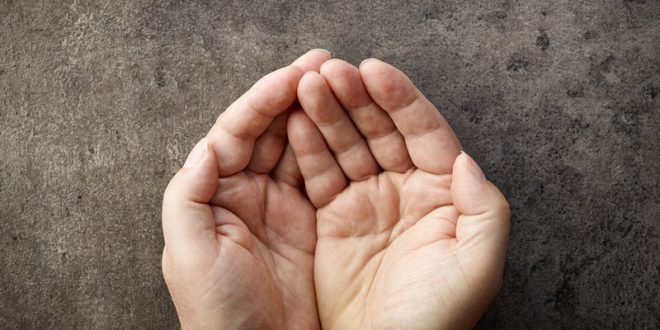 Should We Give Money To Panhandlers?

Matthew 5:42 Give to the one who begs from you, and do not refuse the one who would borrow from you.

Should we give money to the homeless who beg from us? Over the past few years the number of panhandlers in my area has increased and I’m left wondering what my response as a Christian should be. Should I give what little money I have like Jesus told us to, or should I direct them to the nearest homeless shelter, where they can obtain food, clothing, and a bed for the night?

It is a difficult question in the modern world, where it is literally impossible to starve to death. We have so many social programs, safety nets and charities in place that anyone who needs help can obtain it very quickly. I have been homeless three times, and each time, I was able to get off the streets within days, all by simply making use of the services available. I had no need to panhandle, since all my survival needs were taken care of by charities and the government.

In the ancient world, there did not exist, for example, a welfare program run by the government, there did not exist charities dedicated to helping people get off the street. People were expected to look after themselves and if they were incapable of work, had to rely on the kindness of strangers or family to find their next meal. It is still that way in many parts of the world, India, and Africa for example, but it is not so here in the West.

The West has been built for the most part on Judeo-Christian values, and as such, we have built into our society the safety nets that keep people from starving or being without shelter. So, should we, given that the homeless have access to food and shelter, provide them the money they beg from us? Those I see begging, I often see later that day drinking alcohol and I rarely give to those people, my reasoning being that I should not contribute to their substance abuse problems.

That is really the biggest issue I have with giving to panhandlers; the substance abuse. I don’t know what it is like in other cities, but here, there is a sizable aboriginal population and substance abuse issues with some of them is out of control. Drugs are a serious problem in that community, with many of the poorest being addicted to meth or crack, I’ve seen the poor and homeless drinking mouthwash and hand sanitizer, or sniffing gasoline and turpentine in an attempt to get intoxicated and my heart breaks. To do things like that, you need to be really broken inside.

So when asked for money, I will either direct them to the homeless shelter, or sometimes give them a Gospel tract, but very rarely will I give them money. The usual response to this is to either give some excuse for not going to the shelter or they throw away the tract. The only time I give money is when I see that the person really needs it. Not the money necessarily, but rather the acknowledgment that they exist, and that someone cares for them.

I remember one time when I met a homeless man who had that need for someone to acknowledge him and I gave what change I had in my pocket, five dollars at most. It was nothing to me at the time, but for that man, it was everything. When I told him Jesus loved him, he broke down crying and gave God thanks, as if his deepest prayers had just been answered. I really believe that God used me in that moment to demonstrate His love for this man.

Another time I bought a homeless man a sandwich and gave it to him and told him Jesus loved him. Some guy in a suit and tie heard me say this and came up to me and thanked me, he said he had been praying for a sign from God and my actions had just provided it. Doing things in the name of Jesus can and will impact those around you in ways that draw others deeper into relationship with God.

I think we need to use our discernment in giving to street people, some will use the money given to them to abuse themselves and others just need someone to show they care for them. If we take the time to look them in the eyes and really look at them, not just glance at them and keep walking, we will be able to tell which is which; the desperate for love just have a certain look you can pick up on if you’re paying attention.

If we give to those who will abuse themselves with drugs and alcohol, we enable their downward spiral, we don’t help them, we in fact hurt them by giving them money. Instead we should give to charities, drug rehab clinics, homeless shelters, and outreach groups that will help those who want help and are able to give them the long-term attention they need.

Deuteronomy 15: 7-8 “If among you, one of your brothers should become poor, in any of your towns within your land that the Lord your God is giving you, you shall not harden your heart or shut your hand against your poor brother, but you shall open your hand to him and lend him sufficient for his need, whatever it may be.”

I think the best way to give to the poor is not by giving to everyone on the street who asks, but rather to the organizations that look after the poor. So, I encourage you to find a charity or homeless shelter and set up a monthly donation plan, or become a regular volunteer with them, make it a year-round commitment, so you can live out your Christian vocation.

What are you going to do in the name of Jesus to help the poor?

begging Charity discernment in giving give to the one who begs helping the poor homelessness Money shelters Should we give money to panhandlers? substance abuse 2017-11-22
Jonathan Kotyk

Tags begging Charity discernment in giving give to the one who begs helping the poor homelessness Money shelters Should we give money to panhandlers? substance abuse

Jonathan Kotyk is a student, self taught philosopher, recovering addict and born again Christian. He has spent time on both the far Left and Far Right side of the political spectrum and lives in Canada.
Previous The Rooster Will Always Crow!
Next A Quiet Moment In November