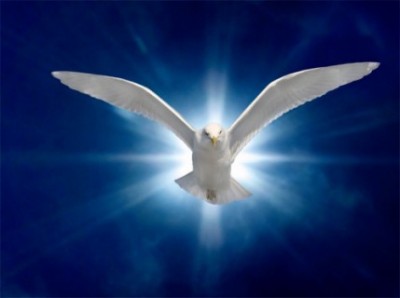 Special Power – Available To You

“No, it is never going to change for me.  I’ve been going to counseling for years and nothing has changed and it isn’t going to change.  They can’t help me.”  So went the conversation with one of the women at my table.  Our church was hosting a special luncheon for the eight ladies from a local half-way house that had completed the six hour training on topics related to successfully re-entering society after prison.

This particular young woman had been wounded by life in a number of gruesome ways.  Needless to say, she was angry, bitter, and hardened  On the surface, it appeared as if she didn’t care any more.  As she related some of her experiences, it became evident from her unwelcome tears that her wounds were still raw and bleeding.  She claimed, now, to be Wiccan, a witch, and wanted nothing to do with God.  “That offends me,” she proclaimed, even though for part of her life, the grandma that took care of her raised her in Catholicism.

As I listened, I recognized the response that screamed “defeated”.  It reminded me of the woman with the issue of blood found in Luke 8: 43-48.  She, too, had sought for years, the help of man to end her physical and emotional pain and suffering, but to no avail.  She had become an outcast.  Unclean.  She finally succumbed to the mindset that nothing and no one could help her.  But, one day, she put forth one last effort when she heard that Jesus was in town.  Jesus responded.  “Your faith has made you whole,” he said.   He didn’t say, “My robe has made you whole.”  He also did not touch her.  It wasn’t even His touch that made the difference.  It was her faith that if healing could happen, Jesus was the source.  She made the effort.  That effort brought to reality what futile efforts had deemed impossible for years.

My friend there is nothing that is too hard for God as is stated in Luke 1:37 and several other places in the Bible.  God delights in having any person approach Him in faith (Hebrews 11:6) so that He can shower them with the answer to their need.  He is a loving heavenly Father whose arm is not too short to rescue those who call upon Him.  (Jeremiah 32:21)

As for the woman who attended our luncheon, after the short inspirational message and accompanying song, she consented to prayer for God to heal the bleeding wounds in her injured heart.  She humbled herself and allowed us to minister to her.  I’m sure God took her first step seriously.  I’m also convinced the prayers of her grandma helped open that door as well.

What do you want to bring to God that at the moment seems impossible?  He waits (expectantly, I believe) for you to invite Him to bring His special power into your situation.  (Matthew 7: 7-8)  He is just that kind of amazing, loving God.

I just love walking outdoors - day or night. I identify most with the creative side of God and am energized by His artistry all around this world. He amazes me every time I turn around! Yeah, God and thank you, Jesus.
Previous The Same Love: John and Job
Next God speaks. Can you hear Him?