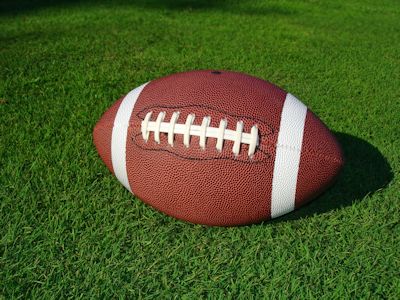 Spiritually Changed Lives Will Continue Long After The Super Bowl

It is estimated that over 180 million people watched the Super Bowl. In the midst of all of the excitement and human trafficking there was a spiritual element to it all. According to a poll, one out of four Americans believe that God determined the winner. That is very interesting, though no one can know that for sure. What is certain is that the Gospel of Jesus Christ was proclaimed.

The Seahawks running back coach, Sherman Smith said at a news conference, “If this were just about winning a football game, this is a serious waste of time. But it’s bigger than that…” He remarked that it’s about God’s glory and Kingdom.  Several players made similar statements.

There is another story that went on behind the scenes about a couple who took advantage of the opportunity to make a spiritual difference in the lives of those in attendance. Daryl and Julie Bennett mingled with the crowd in the days prior to the game, wearing bright yellow shirts that said, “Trust Jesus.” They handed out Gospel material and pocket-size literature featuring Christian testimonies of professional athletes.

In addition to the Bennetts is the Timothy Institute of Evangelism from Oklahoma City. At “Super Bowl Central”, a downtown hub of family-oriented games and activities, the group passed out sports magazines which included stories of faith.

Other local ministries were involved in evangelism and meeting practical needs. A “Laundry of Love” event was held at a local laundromat which had 500 dollars of quarters on hand. It also provided a safe place for people on the street. Those using the facility were given Gospel materials and hot dogs. It served 300 people a day.

Psalm 126:6 says, “He who goes to and fro weeping, carrying his bag of seeds, shall indeed come again with a shout of joy, bringing his sheaves with him.” That’s what these individuals and groups did. It is heartwarming to know that the Super Bowl was used as a platform to tell people about the saving grace of Jesus Christ. God was truly glorified. Even though  the game is over the changing power of the Gospel message will live on in the lives of those who responded to it. What kind of seeds are you planting in the lives of other people?

John Livingston Clark is 67 years of age and lives in central Washington State. He has written two published books, and two published poems. His initial book is called, " God's Healing Hope: Breaking the Strongholds of Wrong Thinking." His second book, released in December of 2016, is a motivational book written to seniors titled, " Seniors: Are You Retiring or Recharging?" Both books are available on amazon. You can also view his writings on www.faithwriters.com. John is available to speak on a variety of topics. Visit me at jclarkministries.com
Previous Breaking Ungodly Soul Ties
Next Sunday Is Always A Good Day