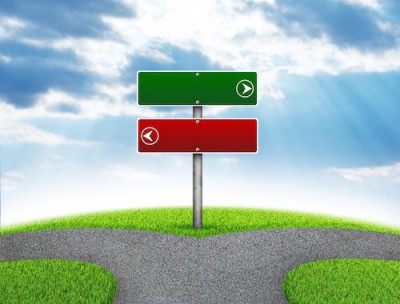 Stuck at the Crossroads and Going Nowhere? Follow Jesus

When I first converted to Christianity I spent a lot of time reading the Bible, reading theology, listening to preachers and praying, but the one question I kept asking I did not get a clear answer to.

After accepting Jesus as Lord and savior and after baptism, what then? I kept asking “Now what do I do?” But nobody had an answer or any clue as to where I should look for one.

I felt lost and had no purpose. So I started volunteering at a homeless shelter, but I just felt like I did not belong there so I left. Then I started wandering the streets at all hours looking for the really screwed up people who needed Jesus the most. I told the good news to drug addicts and hookers, I even witnessed to a guy who had just gotten out of jail, he had spent 28 years behind bars for murdering his brother and when I told him the good news he repented right there on the sidewalk. But still I did not feel like this was what I was supposed to be doing, I had no idea where I fit into the Body of Christ.

So I bounced around to various churches and denominations looking for my place, but everywhere I went I felt unwanted at worst, ignored at best. And when I would seek advice from church leaders they would tell me to repent and accept Jesus as my Lord. When I explained I had already done that, they gave me a blank look. Finally, I had enough and just walked away from the faith and tried to embrace atheism.  Which I did for five years.

Eventually I met a man who set me straight on more than a few issues and I came to realize that I did not belong because I wanted to keep the worldly life and be a Christian at the same time, which is just not possible. I was stuck in my spiritual journey at a crossroads of my desires and God’s desires for me. I was trying to be a good Christian and continue drinking and doing drugs, I was unwilling to give up my life in order to follow Jesus.

Matthew 16:24 “Then Jesus told his disciples, ‘If anyone would come after me, let him deny himself and take up his cross and follow me. For whoever would save his life will lose it, but whoever loses his life for my sake will find it.’ “

So, if like me, you also are stuck at the crossroads, not sure what to do next, the answer is to die to yourself, give up everything and follow Jesus. He has a plan for you, you just need to let go of your own wants and obey Him. Then you will know what is next and what He has planned is greater than anything you could imagine, it just takes courage to get up and follow where He leads.

What do you need to deny in yourself in order to follow Jesus?

Jonathan Kotyk is a student, self taught philosopher, recovering addict and born again Christian. He has spent time on both the far Left and Far Right side of the political spectrum and lives in Canada.
Previous How To Keep Your Gift-Budget in Tact
Next Are You a Giver or a Taker?