Breaking News
Home / Faith / Are You a Giver or a Taker? 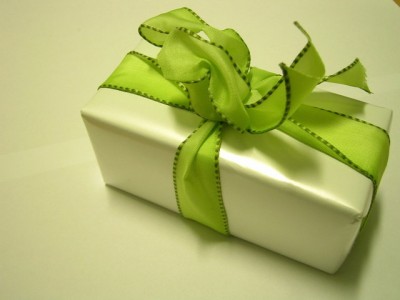 Are You a Giver or a Taker?

Ah, yes, Christmas is upon us, which means many of us are wracking our brains trying to come up with the perfect gift for everyone on our lists.  That’s okay, though, because giving is good, right?  Unlike those people who are looking forward to Christmas day only because of what they will receive.  I like to call those people “takers” because that’s what they do–they take.  But it wasn’t until very recently that I realized that Jesus wants us all to be givers AND takers.  The key is that He wants us to be the right kind of givers and takers.  Ones who give and take with the right motives and attitude.  Sounds strange, doesn’t it?  It did to me at first, but then the Spirit made it quite clear.

Now it came to pass, as they went, that he entered into a certain village: and a certain woman named Martha received him into her house.And she had a sister called Mary, which also sat at Jesus’ feet, and heard his word.But Martha was cumbered about much serving, and came to him, and said, Lord, dost thou not care that my sister hath left me to serve alone? bid her therefore that she help me.And Jesus answered and said unto her, Martha, Martha, thou art careful and troubled about many things: But one thing is needful: and Mary hath chosen that good part, which shall not be taken away from her. – Luke 10:38-42

Notice Martha, the giver. She has opened up her house to Jesus and His followers.  She is giving of her time, her effort, her provision, her talent and much more.  Yet, look at Jesus’ rebuke: “Martha, Martha, thou art careful and troubled about many things: But one thing is needful: and Mary hath chosen that good part, which shall not be taken away from her.”

Ouch!  That must have stung.  To have done so much for the Lord and been rebuked instead of rewarded.  Isn’t giving supposed to be good?  Yes, it is, but again, it all boils down to motive and attitude.  Martha’s weren’t right.  She was serving out of duty instead of delight.  She was so intent on giving that she neglected to see what was being offered to her.

In contrast, let’s look at Mary, the taker.  There is no mention of Mary doing anything to help her sister in the hosting of this grand affair.  She wasn’t cooking.  She wasn’t cleaning.  She wasn’t serving.  In fact, the only thing she was giving was her attention … to the Lord.  But she was doing a whole lot of taking.  She was taking in His words.  She was filling up on His love and compassion.  She was soaking up His kindness and gentleness.  Never offering anything in return, she was content to sit there and listen.  And Jesus praised her for choosing the good part.  Why?  Because she was taking with the right motive and attitude.  She was taking to become a better person, to learn, to grow in the knowledge of Christ.  She was taking something that was being freely offered to any who would receive.

Not only at the Christmas season, but all year round, God wills that we be giving people, but He also wills that that giving be done with a thankful heart and a bitterless spirit.  In addition, He longs for us to be takers or acceptors of those things offered to us.  Salvation, love, friendship–these are things that are given freely that we might receive them and grow through them.

Giver or taker?  Which one are you?  I hope you’re a little of both, as long as you have the right motive and attitude.  For that, my friend, is worth more than all the Christmas gifts in the world!

In what ways can you be both a giver and a taker in this holiday season and in the new year to come?

Dana is a full-time Christian author and speaker residing in Greenville, SC with her husband and two dogs. In fulfilling her call to evangelize the lost and edify the saints, Dana spends her days writing devotions, devotional books and books for children, as well as recording podcasts on various Biblical topics. She serves in many capacities at her local church, including the roles of church pianist and ladies' Sunday School teacher. Dana has a passion for souls and longs to be used of God in whatever way He deems necessary. When not writing or serving at church, Dana can most likely be found reading or hiking a nearby trail.
Previous Stuck at the Crossroads and Going Nowhere? Follow Jesus
Next Having Realistic Expectations for Christmas