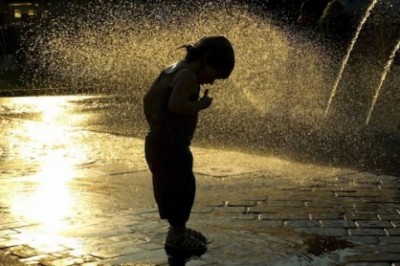 Tension at the Splash Pad and an “Aha Moment”

Today, I took my kids, who all have special needs, to a splash pad. So when I saw some kids picking on my oldest, when all she wanted to do was play with them, the “mama mode” came out. But then I took a step back and watched the situation more carefully. My oldest and middle children both have autism, and my oldest had been playing in the main fountain of water a lot, to the point where the other kids couldn’t play. And instead of them asking her nicely to play in the same stream of water, they got mean. They “told” on her to the lifeguards. Thankfully, the lifeguards took it all in stride.

I had already spoken to my daughter about sharing the water with the other kids. And due to her limited understanding, my daughter just didn’t get it. I made her take breaks from that particular stream and walk around, but she only did for a second and then she was right back at the same spot. A large group of kids formed a tango line and were dancing around the splash pad. My daughter tried to join them and they wouldn’t let her. She came crying to me, saying the kids were being mean. And then she asked to go play at a different part of the park. After thinking it over, I allowed her to do so. And later, the other two kids and I joined her.

I almost said something to the other kids’ caregivers. And then I stopped and looked at things from a completely different angle. While our family are transplants and didn’t grow up with racism, our state we live in now, had just experienced a horrible act of violence by a person who also was of pale skin. And historically speaking, those with pale skin typically took advantage of those with darker hues. I realized these kids thought we had come to take over “their” splash pad and treat them as others had treated them in the past. There was also most likely fear and it took the form of meanness. So instead of confronting anyone, all of us went to the other part of the park peacefully and played. Then later as that large group was leaving we went back to the splash pad. I wish now I could’ve said something healing and loving to that group, but I did what maybe was heard the loudest. We acted peacefully.

When we went back to the splash pad, our family were still the ones who were different, but the atmosphere had changed when that large group left. My oldest started again hogging the same stream of water. I finally made her come sit in a time out. It was during her time out that I told her that kids and people get mean when we don’t share. Somehow, someway, God finally helped her understand and she had an “Aha moment” that only He could’ve done through circumstances and guidance.

When my daughter got up from that time out, I later saw, she was a different person. I saw one little girl ask my daughter nicely to share the water. And to my surprise, my daughter said okay. She then started walking around and taking breaks from that water stream on her own and would tell me, “See, Mama, I’m sharing”. I’ve never been as proud as I was at that moment. To my daughter, the real issue was that she wasn’t sharing, even though it was so much more than that. She had no idea that her skin color and special needs had a huge part to play in all that transpired.

What are some healing actions you can do to ease tension, racial or otherwise?

Previous The 7th Commandment : Thou Shalt not Commit Adultery
Next The Independent Spirit of America 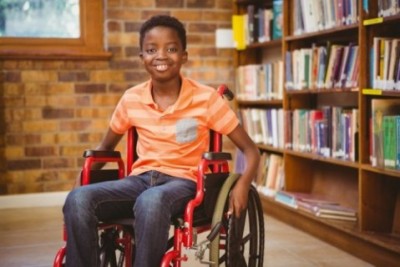 Physical Healing or Salvation? What is God’s Best?

Many times when we hear of a child, teenager, or adult who is sick or ...