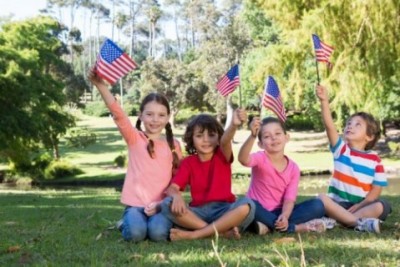 The Independent Spirit of America

A study of American history readily reveals an Independent Spirit.  A nation born with a maverick spirit nurtures the same.  I can trace mine back to childhood.  I was eight or so before I gave voice to my desire.  Overhearing my parents discussing their wills and my guardianship, I emphatically stated, “I don’t want a Guardian.  Just put in your will that I can get a job and I’ll take care of myself.”  Raised in a small business family, the unstated but evident work ethic made sense to me.  I didn’t want to be dependent on anyone.

Barely 17 when I rented my first place, I lived in a legal limbo of ‘emancipated minor’ for the first year.  I was truly independent.  Or was I?  A legal term with no real definition, the law simply ignored my existence:  contracts with me were not enforceable, employment laws did not protect me.  Small town living–folks who knew my folks–allowed me to function in the limbo land.  Independence is an odd thing.  Freedom cannot exist without a governing authority.  American independence has thrived because it began in dependence upon God.  The American move to ’emancipation from God’ is a deceptive freedom.

It is for freedom that Christ set us free (Galatians 5:1).  Yet, the reality is we cannot live free without total surrender to God.   Freedom that rejects all authority is anarchy; chaos ensues with anarchy. It is the continual struggle in the American dream.   It is the struggle of every Christian.  In the book of John, we can listen to the teachings of Jesus on freedom:

John 8:31- 32  Jesus said to the people who believed in him, “You are truly my disciples if you remain faithful to my teachings. And you will know the truth, and the truth will set you free.”

The kind of knowing Jesus speaks of involves faithful obedience.  Freedom involves obedience to the Truth.

Paul helps us understand that freedom requires surrender to the greater truth of love.  In 1 Corinthians 8, Paul discusses the responsibility of those with greater knowledge.  Maturity only happens as one grows in knowledge.  But maturity values unity above pompous self-promotion.  Those with greater knowledge are called to protect the fragile consciences of those with lesser knowledge.  Not to do so is sin on the part of the more mature–the free.  There is a beautiful symbiosis in our weaknesses and our strengths IF we care more about unity than self.

The drive for equality that often permeates American controversies roots in an unholy desire for independence.  Jesus set us free for freedom that we would love one another more than we love our independence.  True freedom surrenders its demands in love for one another.  True freedom looks like the Cross of Calvary.  Jesus did not surrender His life because of sympathy for rebellious humanity.  He surrendered to the will of the Father…who so loved the world He was willing to suffer so others could have life.

Where do you need to surrender an independent spirit and embrace dependence on God?

Billie Jo is wife to Craig and mom to Rusty and Riesa. Formerly employed in the human service industry, the past fifteen years have been dedicated to homeschooling. She is a freelance writer for a number of print and internet publications. She is also passionate about serving in the community. She works in a GED preparation ministry and a community-based servant program that provides opportunities for youth to serve others. It is passion for the love of Jesus and His transforming work that motivates her writing and serving. "I love to see God at work in the lives of others and this is the way I see best."
Previous Tension at the Splash Pad and an “Aha Moment”
Next Winning the Battlefield in Your Mind