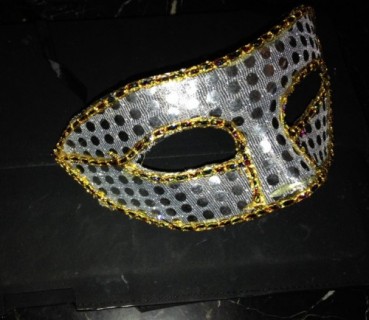 “The Emperor is Naked” – resisting the spirit of Tolerance

Political Correctness was defined as “tyranny with manners” by Charleton Heston. It’s a mindset infused into the culture designed to shut up speaking the truth. Political Correctness and Tolerance have the same end goal. These cultural ideologies didn’t happen by accident, nor were they dreamed up by the mind of man, but spiritual principalities behind them are at work to rule the mindsets of the masses (see Eph. 6:12, Col. 2:15, 2 Cor. 4:4).

Tolerance, worshiped in universities and newsrooms and pop culture, wears a mask that says, “Everyone is accepted,” but what this false god really dictates is that everyone except Christ and His followers are accepted. Everything except Christ’s gospel is accepted. Above all, Tolerance accepts sin. In fact, the demon of Tolerance encourages sin by refusing to call it that. Tolerance, wearing a mask of compassion, “calls evil good” (Isaiah 5:20). Tolerance says of sin, “Live and let live,” though the Bible tells us the wages of sin is death (Rom. 6:23).

The church of Thyatira was rebuked by the Lord for pandering to Tolerance: “You tolerate that woman Jezebel . . . who by her teaching misleads my servants into sexual immorality” (Rev. 2:20). Do we see the church today honoring Tolerance over what scripture says?

Jesus loved people out of holiness. He got to the heart of the sin problem with the woman at the well, even as He revealed His compassion for her. Some in the church today would have us believe that Jesus said to her, “You’ve had five husbands and you’re living in sin with a new boyfriend. But that’s okay. Do what you please, just know I love you.”

In Hans Christian Andersen’s “The Emperor’s New Clothes,” two weavers tell an emperor that they’re making him a gorgeous set of clothing. However, when he observes them working, there is nothing in their hands or on their looms. The weavers tell the emperor that the clothing is invisible to those unfit for their position. Not wishing to reveal himself a fool, the astonished emperor pretends he sees the clothing. The emperor’s servants and subjects all fear that they too will show themselves as unfit if they admit they can’t see the clothing. An entire community of adults is thereby hoodwinked into going along with an outrageous lie.

When the emperor parades in front of his subjects nude, everyone admires and “oohs” and “ahs,” pretending they can see his finery. Suddenly a little boy in the crowd yells, “Look! The emperor is naked!” Ashamed, the emperor and his subjects slink away as the truth exposes them as exceptionally foolish.

Just as the boy spoke out the obvious, one person can dissolve an entire false mindset simply by speaking up. Truth carries great weight. Therefore, a key warfare strategy to defeat the demon of Tolerance is the sword of the Spirit, the word of God (Eph 6).

You have a sword in your mouth. Are you willing to wield it? Doing so means engaging in a battle. Friends and family may misunderstand you. You will be called names in order to bully and intimidate and shut you up. If you dare to point out that the emperor’s naked, you may be labeled a “hater,” “bigot,” “homophobe,” and above all, “judgmental,” no matter how lovingly you present the truth. They called the Son of God a blasphemer; how much more will His followers be defamed? (John 15:18).

However, if you love Christ enough to bear His scorn, you will quickly discover the enormous power and joy in speaking the word of God when it’s costly.

Emily Tomko's radical encounter with the Lord while at a nightclub changed her life forever and inspired her first novel, College Bound: A Pursuit of Freedom. She is the author of seven books, including 31 Thoughts on Prophecy and Leaving the Shallows: igniting the faith that overcomes the world. Her tastes tend toward vintage and she's a Germanophile, having spent a year in Bremen and Nuremberg. Emily loves the scriptures and writes with fierce compassion and a deep desire to see people freed from the miry clay of this world and walking in the truth.
Previous God, Speak To Me!
Next A Dot On The Wall