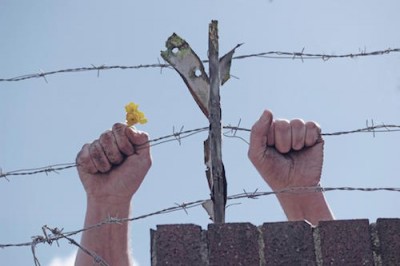 The Immorality of Pacifism Part 2: Reply to Objections

In my previous article I laid out an argument for the moral bankruptcy of pacifism and now I will answer the defenders of pacifism.

Objection one: Jesus said to not resist the one who does evil to you. “You have heard that it was said, ‘An eye for an eye and a tooth for a tooth.’  But I say to you, Do not resist the one who is evil. But if anyone slaps you on the right cheek, turn to him the other also” (Matthew 5:38, 39). Therefore, according to them, He was a pacifist and we should follow His example.

I answer that Jesus was putting forth two principles which are well-known to those who study martial arts: When someone pushes you pull, when they pull you push. Going punch for punch is a good way to get injured and lose the fight, better to subdue one’s opponent through the principle of using their own force against them.

So on the physical level He was advocating the use of submitting or using the barest minimum amount of force necessary to subdue one’s attacker.

On the spiritual level of warfare we see that although the term did not exist in Jesus time, He was advocating the use of political jujitsu. We see it explained in 2 Corinthians 10:3-6. When one attacks with words we are to use the force of their argument to draw them into a knowledge of God and guide them into an understanding that they are in error. Jesus provides an example of what this looks like when He does this with the Pharisees in Matthew 21:23-26.

“And when he entered the temple, the chief priests and the elders of the people came up to him as he was teaching, and said, ‘By what authority are you doing these things, and who gave you this authority?’Jesus answered them, ‘I also will ask you one question, and if you tell me the answer, then I also will tell you by what authority I do these things.  The baptism of John, from where did it come? From heaven or from man?’ And they discussed it among themselves, saying, ‘If we say, ‘From heaven,’ he will say to us, ‘Why then did you not believe him?’  But if we say, ‘From man,’ we are afraid of the crowd, for they all hold that John was a prophet.’  So they answered Jesus, ‘We do not know.’ And he said to them, ‘Neither will I tell you by what authority I do these things.’ “

And the second principle is to avoid unnecessary fights; violence for violence’s sake accomplishes nothing. Romans 12:18, “If possible, so far as it depends on you, live peaceably with all.”

Objection two: Pacifists are not opposed to spiritual warfare or its use to bring social change like Gandhi and Martin Luther King Jr. did. What we are opposed to is physical violence, it leads to massive amounts of death and destruction and by staying true to our ideals we are able to bring the changes to society it needs. Romans 12:14,19-21 says:

“Bless those who persecute you; bless and do not curse them … and  Beloved, never avenge yourselves, but leave it to the wrath of God, for it is written, ‘Vengeance is mine, I will repay, says the Lord.’  To the contrary, ‘if your enemy is hungry, feed him; if he is thirsty, give him something to drink; for by so doing you will heap burning coals on his head.’ Do not be overcome by evil, but overcome evil with good.“

Using non-violent protest to get unjust laws changed is not only possible, but is ideal; however when a dictator like Stalin comes along, dealing with him in the same way would have gotten any and all protesters shot or sent to death camps. The only way to deal with such people is directly with violence. The non-violent response from the Russian people to Stalin’s terror lead to tens of millions dead and enslaved in the Gulags.

Objection Three: We say that the blood of martyrs is a witness to the truth of Jesus Christ and brings more people to Him than entire armies could.

I answer that historical persecutions say otherwise. How many converted to Christianity because of the Armenian genocide? How many became Christians after the tens of millions were murdered by the Communists in the Holodomor?  The witness of martyrs is for building up the faith of the already faithful, not unbelievers.

Further, when one looks at the historical record we see that in response to the prayers of persecuted Christians in the Roman Empire, God recruited Constantine and used an army to end the persecution and make Christianity the official state religion. So it would seem that God is not above using force to end persecution.

Objection Four: Further, we say that by loving our enemies we can win them over to Christ and get them to stop the violence. By making them see people as individuals those prone to violence will be less likely to commit violence.

I answer that domestic abuse victims behave in exactly the same manner and the abuser rarely stops beating them. This technique of being a human punching bag in order to change the individual works so infrequently that it is useless as a mechanism for changing those who are already prone to violent behavior. A psychopath or sociopath does not care, nor will they be stopped by the conviction that their victim is human.

Let us be realistic here, until such time as Jesus returns and establishes a lasting peace, the only way we can restrain evil and maintain social harmony is through the use of force and threat of force. The use of force in self-defense situations, whether it be against individual attackers or a bloody minded state like the Communists is the only rational response to violence.

Psalm 144:1 “Blessed be the Lord, my rock, who trains my hands for war, and my fingers for battle …

Romans 13:2-4 “Therefore whoever resists the authorities resists what God has appointed, and those who resist will incur judgment.  For rulers are not a terror to good conduct, but to bad. Would you have no fear of the one who is in authority? Then do what is good, and you will receive his approval,  for he is God’s servant for your good. But if you do wrong, be afraid, for he does not bear the sword in vain. For he is the servant of God, an avenger who carries out God’s wrath on the wrongdoer.”

What side of the argument do you agree with and why? Share your thoughts in the comment section.

Jonathan Kotyk is a student, self taught philosopher, recovering addict and born again Christian. He has spent time on both the far Left and Far Right side of the political spectrum and lives in Canada.
Previous Moving Forward in 2016
Next The Passing of the Globetrotters’ Meadowlark Lemon