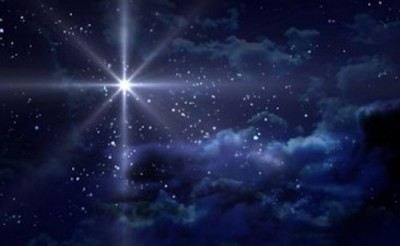 The Jesus of Bethlehem

The Jesus of Bethlehem is the same Jesus who turned water into wine, fed over 5,OOO people with only five loaves and two fish, calmed a storm by just speaking the word, and walked on water.

This same Jesus had the audacity to say, “I am the way, the truth, and the life, no person can come to the Father except by me.”

He healed the sick, cast out demons, forgave sins, gave sight to the blind, and one time he spoke to a dead man by name, and the man walked out of the tomb.

Jesus of Bethlehem was not just an historical figure; he divided history into two eras of time, fulfilled over 3OO prophecies, and lived a perfect life in thought, word and deed. He was unjustly accused and condemned to die upon a cross for the sins of humanity. In the midst of his excruciating death he said, “Father, forgive them, for they do not know what they are doing.” Then, just when the religious leaders thought they had put an end to him he shocked everyone by rising from the dead three days later.

The Jesus of Bethlehem, now in his glorified and heavenly body, walked through walls and just “appeared” while the disciples were meeting. Forty days later he was talking to his disciples and anyone who might have heard him and he…suddenly…began to lift his feet off the ground and ascended up to the heavens. He said, “I am going to prepare a place for anyone who puts their faith and trust in me.”

Today, this same Jesus of Bethlehem sits at the right hand of God, to whom we can come boldly before his throne of grace to get help in time of need. He is coming back very soon and will one day rule the nations to whom every knee shall bow. He lives in transformed hearts today through the indwelling of his Holy Spirit.

This Jesus of Bethlehem is the dividing line between truth and deception. He was and is God in human flesh, and was God even before he was conceived by Mary. I John 4:2-3 says that whoever believes he has come in the flesh is of the truth, but he who doesn’t is not of the truth. I John 5:12-13 says that if you believe these things about him who will have eternal life in his name.

This is the Jesus of Bethlehem. Do you know him?

John Livingston Clark is 67 years of age and lives in central Washington State. He has written two published books, and two published poems. His initial book is called, " God's Healing Hope: Breaking the Strongholds of Wrong Thinking." His second book, released in December of 2016, is a motivational book written to seniors titled, " Seniors: Are You Retiring or Recharging?" Both books are available on amazon. You can also view his writings on www.faithwriters.com. John is available to speak on a variety of topics. Visit me at jclarkministries.com
Previous Uniting With Christ: Because ALL Life Matters
Next Winning the Battle of the Mind