Breaking News
Home / Faith / The Left-Right Divide In The Church 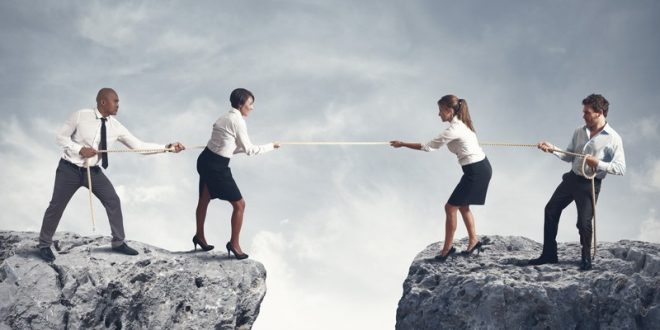 The Left-Right Divide In The Church

Today was the annual LGBT pride parade and it got me thinking about how Bible believing Christians should deal with liberals in the church who not only affirm, but encourage the LGBT lifestyle. As a hard line conservative in both my theology and politics, I find it difficult to see the point of view of liberal Christians, people who accept some parts of scripture, see others as nothing more than allegory and throw away or ignore others. They are not people I can easily agree with on many topics and I find their treatment of scripture to be highly objectionable to say the least.

So how does the conservative Christian deal with those of a liberal mindset? My heart tells me to rebuke them and argue my point until they repent and agree with me. But as scripture says “The heart is deceitful above all things, and desperately sick” (Jeremiah 17:9) So perhaps following my heart is not the right way to go, it may just alienate the person I’m talking to and push them further into the mindset they have fallen into.
I’ve read more than my fair share of liberal theology and social/cultural commentary to know they don’t respond well to absolutist worldviews, which a fundamentalist take on the Bible and Christian theology has, so what are we to do if we can’t have a serious dialogue? With right and left becoming more and more polarized these days, it is becoming increasingly difficult to even be civil to each other. The conservative says the liberals view is heretical and leads to apostasy and the liberal calls the conservative bigots and close-minded; so nothing productive is accomplished. How are we to figure things out if we can’t even have a peaceful discussion?
I’ve heard some suggest that both sides need to compromise, but to compromise means that the Bible believing Christian must lay down fundamental beliefs, or reject doctrines that make Christianity what it is. We can’t compromise on the word of God, it is the sole infallible rule of faith for us, it is the authoritative word of God, when it speaks it is God Himself speaking and He has the ultimate say on all issues of faith and morals. Likewise the liberal Christian refuses to compromise on their “its just guidelines written by men” take on scripture.
So we can’t have a civil dialogue, we can’t compromise and each side sees the other as being in the wrong, what is to be done about this? Jesus explained to us in scripture that such a divide would exist.

Matthew 13:24-30 He put another parable before them, saying, “The kingdom of heaven may be compared to a man who sowed good seed in his field,  but while his men were sleeping, his enemy came and sowed weeds among the wheat and went away.  So when the plants came up and bore grain, then the weeds appeared also. And the servants of the master of the house came and said to him, ‘Master, did you not sow good seed in your field? How then does it have weeds?’  He said to them, ‘An enemy has done this.’ So the servants said to him, ‘Then do you want us to go and gather them?’  But he said, ‘No, lest in gathering the weeds you root up the wheat along with them.  Let both grow together until the harvest, and at harvest time I will tell the reapers, “Gather the weeds first and bind them in bundles to be burned, but gather the wheat into my barn.

Jesus warned us that there would be weeds in the garden that is His church and that they would be there until His return.

Matthew 13:40-42 Just as the weeds are gathered and burned with fire, so will it be at the end of the age. The Son of Man will send his angels, and they will gather out of his kingdom all causes of sin and all law-breakers, and throw them into the fiery furnace. In that place there will be weeping and gnashing of teeth.

So really the only option we have is to try and love each other and not kill each other until Christ returns and separates the wheat and the weeds.
Other than try and live with each other, what else is there to do?

Jonathan Kotyk is a student, self taught philosopher, recovering addict and born again Christian. He has spent time on both the far Left and Far Right side of the political spectrum and lives in Canada.
Previous Living With The Holy Spirit Within You
Next Fake News and Facebook Politics