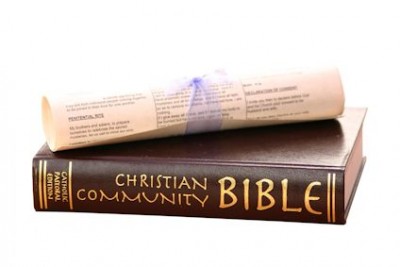 The Legal Rights of Christians and Churches

In this day of religious persecution, Christians must know their rights. One of the organizations that is taking a stand on behalf of pastors and churches is the Christian Law Association. Recently a friend of mine handed me a notebook that answers questions about religious liberty. With permission obtained from this organization, this article will summarize some important issues, taken from “The Fundamentals of Church  Bylaws.” (The information was compiled by Alliance Defending Freedom, and the Religious Liberty Commission of the Southern Baptist Convention.)

However, “A church may take positions on public policy issues, including issues that divide candidates in an election for public office.” A church can express its view on an issue as long as it does not express “approval or disapproval of the position or action of a particular candidate”(page 7).

Timing is important. The closer to an election, the more important these rulings become.  A pastor can campaign “on his own time…as long as the pastor’s actions are not endorsed or funded by the church”(page 8).

To protect itself from people with alternative sexual persuasions church membership should stipulate “minimum standards of Christian conduct and agreement with your statement of faith”(page 12) because “all members have the right to bring a lawsuit against the leadership of the church”(page 13).

There is, however, a “ministerial exception” that make churches and Christian schools exempt from non-discrimination laws for hiring and firing”(page 11).

Churches should have a written statement about sexual immorality, abortion, euthanasia, divorce and remarriage, role of women, and separation(like tattoos, piercings, and modest appearance), and use of facilities(page 12).

Individuals and organizations have been “more vigilant in looking for opportunities to sue…than Christians have been in preparing for such a legal onslaught”(page 25). “Be on the alert, stand firm in the faith…be strong. Let all that you do be done in love”(I Corinthians 16:13-14). In what ways can your church, school, or religious organization apply these legal rulings to protect your religious liberty?

John Livingston Clark is 67 years of age and lives in central Washington State. He has written two published books, and two published poems. His initial book is called, " God's Healing Hope: Breaking the Strongholds of Wrong Thinking." His second book, released in December of 2016, is a motivational book written to seniors titled, " Seniors: Are You Retiring or Recharging?" Both books are available on amazon. You can also view his writings on www.faithwriters.com. John is available to speak on a variety of topics. Visit me at jclarkministries.com
Previous Are You Tempted To Doubt The Bible?
Next The Deadly Danger of Living in Deception