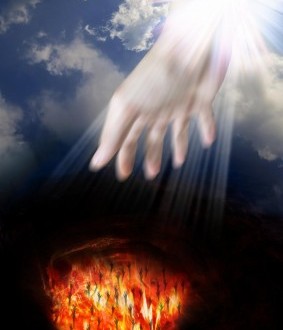 The Deadly Danger of Living in Deception

Traveling the world as “Flat Stanley” is a fun project for families.  The lives of those who record and celebrate his adventures add life to the journey.  A group of technology gurus with a penchant for eternal life–on their own terms–think they can give “life” to a world of Flat Stanleys.  Calling themselves 2045 as a tip of the hat to the target date for their goal of cybernetic immortality, the “immoralists” present ” … a new strategy for the development of humanity.”

Their plan is to create an avatar, which in technology terms is simply an icon or figure representing a particular person in computer games.  In Hindu mythology an avatar is more chilling:  it is “a manifestation of a deity or released soul in bodily form on earth or an incarnate divine teacher.”  Flat Stanley is a child’s adventure; immortal avatars are the devil’s deception.  Only the Creator God is the giver of life:

Then the LORD God formed the man from the dust of the ground. He breathed the breath of life into the man’s nostrils, and the man became a living person. Genesis 2:7

Even more awesome is the understanding that humanity is made in the image of God.

The triune God–Father, Son and Holy Spirit–created humanity with body, soul and spirit.  Progressing–or digressing–from a robotic body controlled by artificial intelligence to a hologram avatar with an imprinted personality is a deceptive decimation of real life.  God chose to create humanity to be in relationship with Himself.  In His divine wisdom, God gave humanity free will to choose that relationship.  It is our greatest gift–and our greatest danger.  For the choice is ultimately one of life or death.

The people of 2045 desire to create a “futuristic reality based on 5 principles: high spirituality, high culture, high ethics, high science and high technologies.”  In essence, their idea is that they can do a better job than God.  The pride inherent in such an endeavor is as old as the account of Genesis.  The originator of that sort of idea is the one who first proposed living independently of God: Lucifer.  Once an annointed cherub charged with stewarding the glory of God, the pride of Lucifer resulted in him being cast from his position.

Your heart was filled with pride because of all your beauty. Your wisdom was corrupted by your love of splendor. So I threw you to the ground and exposed you to the curious gaze of kings.  Ezekiel 28:17

Lucifer, or Satan as he is commonly known, still covers the glory of God–for his own glory.  He works through pride to draw others into his downfall.  Deception is his tool for gaining a kingdom; when we are deceived, we do not know we are deceived.  Extreme examples such as the misguided folks of 2045 reveal a devastating truth that can save lives!  Their deception can be a light to examine our own lives–for many of us live in deception.  That is a deadly place to be.

Our own words of belief will condemn us if we do not live out the reality of those words.   Saying we trust God and living in constant anxiety reveals an incongruity we must resolve.  Saying we love God and rejecting His Word for our lives is a similar contradiction.  We only believe what we actually live!

Jesus said, “The thief’s purpose is to steal and kill and destroy. My purpose is to give them a rich and satisfying life.” Don’t settle for Flat Stanley living.  Don’t be deceived by pride or even good intentions.  Christ provides all we need for abundant living … choose Him.

Billie Jo is wife to Craig and mom to Rusty and Riesa. Formerly employed in the human service industry, the past fifteen years have been dedicated to homeschooling. She is a freelance writer for a number of print and internet publications. She is also passionate about serving in the community. She works in a GED preparation ministry and a community-based servant program that provides opportunities for youth to serve others. It is passion for the love of Jesus and His transforming work that motivates her writing and serving. "I love to see God at work in the lives of others and this is the way I see best."
Previous The Legal Rights of Christians and Churches
Next “I will shake all things” – Preparing for the Perfect Storm