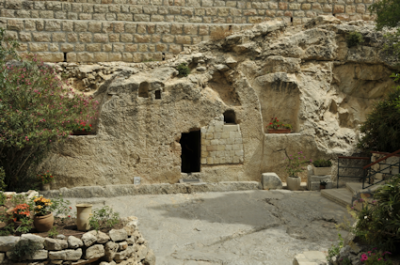 The Life Changing Power of the Easter Message

Every year at this time people come to church by the droves. Whether they come out of tradition or a sense of obligation, what is important is that this is one time out of an entire year that churches are filled. The big question is what are churches doing to take advantage of this golden opportunity? Too often, pastors complain about people not coming to church, but when they do, nothing is done to seize the moment.

The average non-churched person probably knows the biblical story of what has come to be known as Easter. They come to a church service, hear the message, “worship” a God they don’t even know, and then may go away with no realization of how they can make it personal. They see it nothing more than a historical event.

The resurrection of Jesus is extremely well-documented. His body was never found. People have tried to justify it and explain it away. It was impossible for his body to have been stolen. There are three reasons for this:

One, the tomb was heavily guarded by legions of Roman soldiers whose very lives were in the balance if they were found to neglect their duty.

Two, the tomb had a large boulder put at its entrance that some scholars believe weighed as much as one and a half tons. In order for the boulder to be removed it would have to be rolled uphill.

Three, the boulder was sealed. One commentator has stated that “…the seal stood for the power and authority of the Roman Empire. Breaking the seal meant automatic execution by crucifixion upside down.”

After the resurrection Jesus was seen by hundreds of people in his glorified body. He walked through walls and just-appeared. The nail prints were still in his hands. Jesus demonstrated power over death because he was and is God incarnate. Christians serve a risen savior! This is the whole basis of the Christian faith. I Corinthians 15:14 says, “If Christ has not been raised, then our preaching is vain, your faith also is vain,” and verse 17 continues with, “if Christ has not been raised, your faith is worthless; you are still in your sins.” Romans 10:9 says that ” if you confess with your mouth Jesus as Lord, and believe in your heart that God raised him from the dead, you shall be saved.”

The risen God of Easter has lived in the hearts of millions of people down through history in the form of the Holy Spirit. Will our churches see people leave with nothing more than what they came with? May they not get so caught up in the emotion of the moment, the lavish productions, and great music, that they forget to tell people how they can have the risen Lord living in their hearts by sharing the plan of personal salvation.  What can you or your church do, to help people see beyond the resurrection as a historical event, and see its life changing power?

a risen savior basis of the Christian faith celebration of Easter heavily guarded tomb I Corinthians 15: 14 and 17 post-resurrection appearances Romans 10:9. the resurrection of Jesus the body of Jesus could not have been stolen the empty tomb of Easter the sealed stone at the tomb of Jesus 2015-04-03
John Clark

Tags a risen savior basis of the Christian faith celebration of Easter heavily guarded tomb I Corinthians 15: 14 and 17 post-resurrection appearances Romans 10:9. the resurrection of Jesus the body of Jesus could not have been stolen the empty tomb of Easter the sealed stone at the tomb of Jesus

John Livingston Clark is 67 years of age and lives in central Washington State. He has written two published books, and two published poems. His initial book is called, " God's Healing Hope: Breaking the Strongholds of Wrong Thinking." His second book, released in December of 2016, is a motivational book written to seniors titled, " Seniors: Are You Retiring or Recharging?" Both books are available on amazon. You can also view his writings on www.faithwriters.com. John is available to speak on a variety of topics. Visit me at jclarkministries.com
Previous It’s Okay to Ask God, “Why?”
Next Who Is It “All About” Anyway?