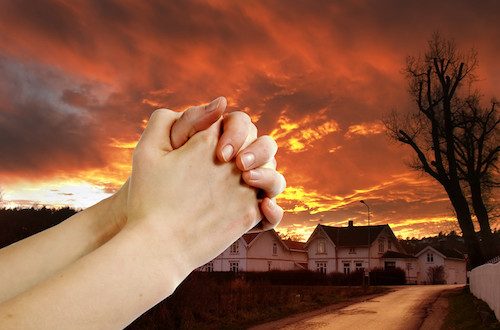 The Spiritual War for America

There is a war going in for the United States of America–a war beyond the realm of our vision, but clear and imminent in our spirits.

My pastor declared this word Sunday as he opened the church service. “I feel in my spirit,” he said, “that this is where we are at as a culture.”

His words reverberated throughout the minutes and the many mundane tasks of the week. Saul represented the flesh. David was a man after God’s own heart. Clearly, we are in a spiritual and ideological war right now. Globalism vs. nationalism. Marxism vs. capitalism. Oppression vs. liberty. But “the house of David grew stronger.”

Many of us see that, while Hell is having a temper tantrum, God is giving His church great favor in this time. We feel there’s been a shift, and that the wind is at our backs as we intercede. We are not Israel; yet throughout the Bible we are given the standard for God’s people. Here are some scriptures that we can declare over our communities, over the church, and over the nation as a whole:

The Lord’s prayer is one we should also be praying daily and fervently.

Let’s let a holy aggression rise up in us. Let’s turn any anger or frustration with the kingdom of darkness into intense intercession. When we don’t know how to pray, let us ask for more of the Holy Spirit (Luke 11:13). Let’s refuse any hint of wickedness, and start declaring the headlines instead of waiting to see what they are.

What scriptures have you been praying in this season?

Emily Tomko's radical encounter with the Lord while at a nightclub changed her life forever and inspired her first novel, College Bound: A Pursuit of Freedom. She is the author of seven books, including 31 Thoughts on Prophecy and Leaving the Shallows: igniting the faith that overcomes the world. Her tastes tend toward vintage and she's a Germanophile, having spent a year in Bremen and Nuremberg. Emily loves the scriptures and writes with fierce compassion and a deep desire to see people freed from the miry clay of this world and walking in the truth.
Previous Playing to the Crowds
Next R-E-A-L News