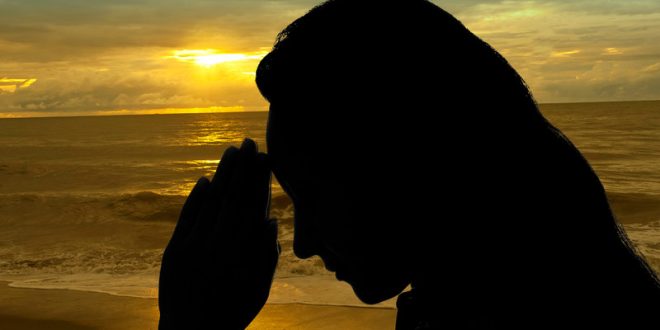 Fight the Goliath: The story about the missionary, Avril Varosky

Hudson Taylor, the English missionary, founded China Inland Mission in 1865, which became OMF International in 1965. Pastor Doug Vavrosky, born in America, along with his wife Avril Vavrosky have been the missionaries sent by OMF since 1981. They served in Taiwan for 12 years and still focus on Chinese ministry for 36 years until today. This interview is about how God prepared Avril to be a missionary and equipped her to be the warrior in the spiritual warfare. She has been blessing many Christians out of darkness and to revive their spiritual life.

Avril was born and grew up in a Christian family in South Africa. At age 8, Avril decided to believe in God when she heard the pastor preached that “the believers of Jesus go to heaven and the non-believers go to hell”. Avril’s grandmother was a fortune teller. After Avril received Jesus as her savior, when she was around her grandmother, her grandmother lost the power to read other people’s fortune and couldn’t help but asking her to leave. But Avril’s father often preached gospel of truth to her grandmother, who became a Christian later.

Avril once confirmed with her mother about the image in her memory: there was the Chinese man running the grocery store in the corner of the street. Avril still remembered the candy jars and other display in the store. Avril’s vivid memory surprised her mother because Avril was not even one year old yet at that time. This Chinese man knew Avril’s father lost job and kindly allowed her mother to buy food on credit. The good deed of this Chinese man planted a little seed in Avril’s heart and seemed to motivate her to save the souls of Chinese people when she grew up.

When Avril got baptized at age 15, she told her parents that she wanted to be a missionary. Her parents regarded this idea as self-flattering because the society ranked the occupation of missionary as important as pastor, doctor and lawyer. Avril’s father wanted her to become a fashion model like her aunt, and her mother wanted her to be a teacher. Moreover, a rich relative wanted Avril to inherit his great fortune. But Avril was very clear about God’s will so she told her church pastor Dr. Arnot about her desire of being a missionary. The pastor and his wife began to coach Avril and fasted to pray for her every Tuesday. They also gave her books about missionaries, especially the stories about Dr. Arnot’s father who served with David Livingstone in Africa.

After graduating from high school, Avril took Dr. Arnot’s suggestion to study in nursing school for preparing to be a missionary. While she studied in the nursing school, she was dispatched to the mental hospital for residency. Avril wished to work in orphanage like her classmates and she thought that her teachers might not like her so send her to the most unpleasant place. However, this training was the foundation of Avril’s future ministry in the field of mental and psychological counseling.

In the last year of studying in the nursing school, Avril attended the Christian Nurse Fellowship in Port Elizabeth. She met the man who played a video about a persecuted Chinese Christian family. Avril bought two books published by OMF from him. Avril prayed to God and was willing to die for Him with a heart zealous of ministering Chinese people.

After graduating from the nursing school, Avril was accepted by Hebron Theological College in Johannesburg. Then she found the director of OMF and told him that she heard about OMF’s mission when she was at Port Elizabeth. Strangely, the director said OMF didn’t send anyone to work in Port Elizabeth. But after hearing Avril’s testimony, the director knew that God opened the way and started to send missionaries to Port Elizabeth. In the seminary, Avril learned more about Holy Spirit and prayed to God to fill her with Holy Spirit. After that, she noticed that she has greater love toward God, God’s truth and people.

After graduating from the seminary in 1980, Avril was admitted to be OMF missionary in February, 1981. She was sent to Singapore for training in October that year and met another OMF missionary, Doug there. They went to Taiwan together in December that year and got married in the church in Tai-Chung in 1983.

Avril did not know much about demonic force before she went to Taiwan. After she served in Taiwan, there was an American missionary getting her name in her vision that she was told to find Avril and ask her to set her free from the evil bondage. Avril didn’t know how to do it. But she remembered what Jesus did in the bible. So, she commanded the evil spirit to leave this American missionary in the name of Jesus Christ. The American missionary confirmed that she was immediately set free. Afterwards, more people were brought to see Avril for counseling and prayer. With the training in the nursing school plus the spiritual gift, Avril can discern the difference between mental illness and demonization.

One time she saw a medium man was invited to a house for practicing the evil power in the village called Tu-Chang in Taiwan. Avril felt compassionate for the lost souls. So, she prayed secretly, standing a little away from the house and bound the evil power on the medium man. This man instantly lost his power and quickly packed his equipment and ran away from the spot.

In 1993, due to the medical need of their child, Avril and her husband sadly left Taiwan which was considered their root of ministry and went back to Minnesota, sent by OMF to continue their Chinese ministry. Afterward, Avril started to read Bible in a brand new way. She saw the old testament vividly describes the situation of idol worshiping nowadays.

What is idol? Anything except God, causing us to love more than God becomes our idol. In America, there might not be man-made idols around, but the idols in modern world could be fame, health, materialism, comfort, social network, philosophy and humanism or freedom advocating which promotes all kinds of human rights. And the manipulator behind all these idols is Satan, the prince of the world (refer to John 12:31).

Avril said that we encounter Satan and the devil just like King David facing his enemies in the old testament. When we are pursued by the enemies, we easily focus on ourselves or environment and look away from God, just like the Israel soldiers were afraid of giant Goliath. However, Christians have been brought to the Kingdom of the Son (refer to Colossian 1:13) and were not controlled by Satan anymore. Avril shares that we can bring the Goliath in our lives to God and ask God if our hardship is from God or Satan. Then ask God for strategy to overcome the hardship. When your prayer is aligned with God’s will, it will be answered. Remember the same promise has been given to us as God gave it to Israelites: “Do not be afraid or discouraged because of this vast army. For the battle is not yours, but God’s.” (Refer to 2 Chronicles 20:15)

Avril once prayed for a Japanese pastor’s son for 8 years and did not see this prodigal son’s repentance. Finally Avril asked God for the reason and strategy for the battle. Once God revealed it to Avril, she asked God to forgive this son and the people who hurt him. She also prayed for a Christian mentor coming to help him. After 3 months, there was a Christian brother moving from other state to work in the same place with the young man, and he came back to the Lord.

Avril emphasizes on the importance of knowing God’s word as spiritual weapon in the warfare (refer to Ephesians 6:17). Avril’s ministry has three aspects: faithfully preaching God’s word, counseling people and casting out demons. While she involved in the Lighthouse Deliverance Ministry, she prayed for people and set them free from bondage of sins and demons. She teaches God’s word which transforms the mind and will of the women suffering domestic violence (refer to Romans 12). Avril teaches these women to choose to forgive and love their abusers with God’s love. And she teaches them to praise God with all their hearts as king David did (refer to Psalms 9) to build the intimate relationship with God.

Avril’s experience of becoming a missionary and her numerous testimony about spiritual fighting all have been led by God’s almighty power. The key to Avril’s victory is loving God with all her heart, mind, will and strength (refer to Mark 12:30).

Manling was born and grew up in Taiwan. She came with her husband and 2-year-old son to New York, NY, at age 30 to fulfill her dream of studying in the graduate school. She received a black belt in Taekwendo at age 40 and has been applying the Bible truth and discipline learned in the martial art to fight in her faith as a spiritual warrior. She works with God to write and is currently a freelance reporter for a national Chinese newspaper and writer based in Minnesota. Much of her writing is in the areas of spiritual learning, Bible study, parenting, education, Sunday school, opinions, interviews, and people's stories, etc.
Previous An Explanation of the Trinity
Next How to Control Your Suffering

The following is a true story I interviewed my friend, Lori. The story begins with ...