Breaking News
Home / Faith / The Tween, The Teen, And The Topic of Sex 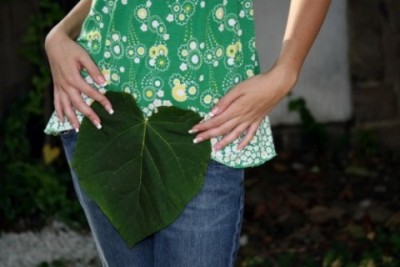 The Tween, The Teen, And The Topic of Sex

Run! Flee! The commands came in droves as the two portioned their bodies closer together in attempts to becoming one. Lingering flits of thought burst brighter as reality crept in. The rapid breath of his emotions began to toy with his mind leaving doubts seeping through his teenage thoughts.

This is wrong. Flee!

“What am I doing?” He muttered to himself adjusting his position to become upright. “This feels so wrong, but so good. Are you sure your okay with this?”

The tween beauty grabbed hold of his neck as her nails edged into his skin kissing him harder on the lips. Her seductive eyes glared deep into his doubt as she whispered her reply “I love you. You love me. This is what love is. This is what love does.”

Run! She is only 11. This is not love! She is just a girl. Flee! Ignoring the blazing thoughts, the young man returned her affection adding to the tangled web. Swirled shouts sputtered along his frontal lobe, yet any attempt to stop the outcome was growing feeble and frail. He was hooked into her innocence. Love or not, his physical desire was greater than the outcome of her heart, and the emotional roller-coaster became the ultimate high; the wreckage would come later if at all.

Since 1981, abstinence only until marriage programs have dominated the public school systems with constant retaliations from opposition forces such as the Sexuality Information and Education Council of the United States (SIECUS).

SIECUS states “The vast majority of Americans support abstinence from sexual activity for school-age children, especially younger adolescents. Yet, abstinence-only-until-marriage programs, currently being taught in many schools, are at odds with what most Americans want schools to teach.” (Advocates for Youth)

If American’s are so unhappy with the abstinence from sexual education program, then why do they continue to support the cause? Where are the majority of American parents who “are at odds with what most Americans want schools to teach?” (Advocates for Youth).

SIECUS continues to argue, that the “Federally funded abstinence-only programs must adhere to a stringent eight-point definition of education.” (Advocates for Youth) Also, they have launched an advocacy package titled “Community Action Kit” part of which includes a point-by-point comparison chart of the current abstinence only programs to the comprehensive sexuality education program.

As the chart continues, comparisons are made down the line making the morally sound abstinence until marriage only programs to be foolish in comparison to the sexual encouragement offered by the comprehensive sexuality education programs. In addition, the curriculum to the sexuality education program includes six concepts with an average of six topics under each concept.

Where is the push for a sexual and morally free society coming from? It is coming from a society that is shoving God completely out of the picture while man redefines the view of morality.

“But mark this: There will be terrible times in the last days. People will be lovers of themselves, …, boastful, proud, …, unholy, without love, …, without self-control, …l, not lovers of the good, …, lovers of pleasure rather than lovers of God– 5 having a form of godliness but denying its power…”(1 Timothy 3: 1-5)

A cultural shift has already begun.  We must take a stand against the influx of immorality influencing our youth and pray for their hearts to be guarded against the downfall of the American society. If we chose to sleepwalk through our days, we will soon wake up to find that we no longer living in a world of absolute moral standards but one that is absent of moral truth and values.

is an author and editor for The Bottom Line Ministries as well as a member of Faith Writers. Currently she teaches high school language arts. She is a mom to four amazing blessings and enjoys every moment life has to offer. Renee has a fervor and drive to learn, she loves to read and spend time with her family, and is involved with her local church ministries. Humbled by God’s gift of words, she has a passion to write what the Holy Spirit has placed in her heart. She hopes to publish her in-progress book someday, but in the meantime, is honored to be placed as part of the TBL writing family and is holding on to the ride wherever God is leading. Renee and her family reside in their country home in Holland, Iowa.
Previous Walking The Hard, Narrow Road
Next When a Child Enters Heaven