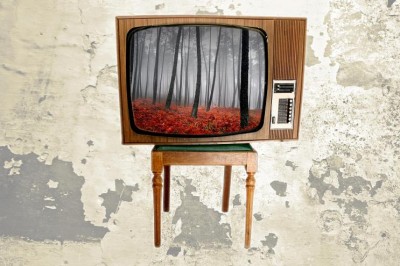 Is a heavenly news outlet on God's agenda?

“Why is the media so slanted? Why is there so much bad stuff on TV?” For decades, people have bemoaned this fact, but scripture describes the devil as “the prince of the power of the air” (Ephesians 2:2). In a very real sense, Satan has power over the airwaves, and he is also described in the Bible as “the god of this world” (2 Cor. 4:4). This is why so much of what is exalted in literature, on television, and the mass media at large appears to the enlightened population to be straight out of the devil’s playbook. His agenda of deception and seduction is being breathed out through journalists, pundits, producers, anchors, and editors.

For those who love the truth, it is frustrating to see the masses embrace ungodly mindsets simply because the media, through focusing excessively or only from a certain angle on one topic, or completely ignoring other facts and circumstances, conforms their pattern of thinking  according to the god of this world. Even media outlets that strive to be “fair and balanced” fall short of the fact that we live in a supernatural world, and what we are seeing all around us in the natural is simply the manifestation of a spiritual battle that is occurring behind the veil of the visible. It is similar to past ages, when people might see a rash or blight on their skin and try to treat it superficially, but be ignorant that microorganisms naked to the eye were the true source of the pain and discomfort.

A prayer the Lord has stirred in my heart recently is to see a media outlet be born that has an anointing on it similar to the two witnesses described in Revelation 11:

” ‘And I will grant authority to my two witnesses, and they will prophesy for twelve hundred and sixty days, clothed in sackcloth.’ These are the two olive trees and the two lampstands that stand before the Lord of the earth. And if anyone wants to harm them, fire flows out of their mouth and devours their enemies; so if anyone wants to harm them, he must be killed in this way. (Revelation 11:3-5)

The two witnesses described here prophesy. That is, they speak what they hear God saying. Notice they are described as “two olive trees and two lampstands.” The olive tree in scripture is symbolic of the anointing of the Holy Spirit. It also represents Israel and the church. A lampstand is a source of light and illumination. The lamp in scripture also is a symbol of the spirit of man, the word of God, and salvation.

Specifically, my heart’s desire is to see a mainstream media outlet rise up and testify of heavenly truths that are happening in the world at large. This news organization would indeed have an agenda (like every other media outlet does) but it would be a heavenly one: to see salvation and deliverance come to the fallen, decaying world. Because the agenda would be heaven-driven, the trappings of man, such as ratings and sponsorships, would not dictate its marching orders. And unlike some Christian shows, the Two Witnesses Programming would not resort to hype and teasers to interest their audiences. They would not need to, for the world at large is starving for truth.

Furthermore, though the world, which largely hates the truth and seeks to twist and destroy it, would be unable to do so because of the heavenly anointing on this particular news outlet. The Two Witnesses Programming would truly be a “no spin zone.”

I believe this stirring in my heart for a godly media with a supernatural anointing that testifies to and advances the kingdom of Heaven is not merely a fantasy or the outworking of my own flesh. I believe it is a God-given, Holy Spirit-inspired prayer. If this vision resonates with you, please join me in agreeing that “Thy kingdom come, Thy will be done” in regards to the birth of television, radio, and internet news that broadcasts the things of the Spirit not only to the church, but to the masses.

What is your specific prayer for the media?

Emily Tomko's radical encounter with the Lord while at a nightclub changed her life forever and inspired her first novel, College Bound: A Pursuit of Freedom. She is the author of seven books, including 31 Thoughts on Prophecy and Leaving the Shallows: igniting the faith that overcomes the world. Her tastes tend toward vintage and she's a Germanophile, having spent a year in Bremen and Nuremberg. Emily loves the scriptures and writes with fierce compassion and a deep desire to see people freed from the miry clay of this world and walking in the truth.
Previous How To Overcome Doubt
Next Are You Trying to Live On Yesterday’s Manna