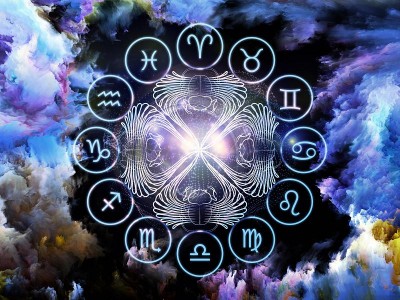 Has the church put out the welcome mat for the occult by grieving the Holy Spirit?

Missing the Story: The Mass Media’s Ignorance of the Occult

Some of America’s most horrific headlines recently carry a single common denominator: in each one, the perpetrator was deeply involved in the occult. The Oregon shooter, the mother of murdered “Baby Doe,” and a Florida principal sued in the deaths of three of his students whom he hypnotized all were heavily engaged in practices of Satan’s kingdom. And the press, that squeaky wheel that is megaphoned and educated beyond its wisdom, has completely missed it.

The ignorant and unbelieving world scoffs at the idea of the supernatural realm:

“The natural man does not accept the things that come from the Spirit of God. For they are foolishness to him, and he cannot understand them, because they are spiritually discerned” (1 Cor. 2:14)

But what excuse does the church have to miss what is going on? Do we understand that in closing off the power of the Holy Spirit and the working of miracles and healings, we have opened the door wide for individuals to seek health, satisfaction, and “enlightenment” elsewhere? It is why some Christians are doing yoga (which is nothing less than a Hindu worship service), and see nothing wrong with watching Twilight, or go “orb hunting” at battlefields or in haunted buildings. These are all indulgences in the occult, or Satan’s kingdom.

Paul said that the gospel came “not only in words, but with power and with the Holy Spirit, and with deep conviction” (1 Thessalonians 1:5). But has our gospel? Has the western world, which does not generally directly encounter ancestor worship and graven idols and sorcery in its communities, skated by without the real gospel … because up until now, we suppose we haven’t needed it?

“My people perish for lack of knowledge” (Hosea 4:6). Many in the church do not even realize they’re dabbling in the occult. Before the world can be educated from its destructions, the church must first repent of grieving the Holy Spirit and of our own occult involvement.

What occult practices are you or other loved ones in the church involved with?

Emily Tomko's radical encounter with the Lord while at a nightclub changed her life forever and inspired her first novel, College Bound: A Pursuit of Freedom. She is the author of seven books, including 31 Thoughts on Prophecy and Leaving the Shallows: igniting the faith that overcomes the world. Her tastes tend toward vintage and she's a Germanophile, having spent a year in Bremen and Nuremberg. Emily loves the scriptures and writes with fierce compassion and a deep desire to see people freed from the miry clay of this world and walking in the truth.
Previous What Do Snow White and Her Dwarfs Have To Do With The Church?
Next God’s Grace Is Always On Time