Breaking News
Home / Faith / Then and Now: The Homosexual Agenda 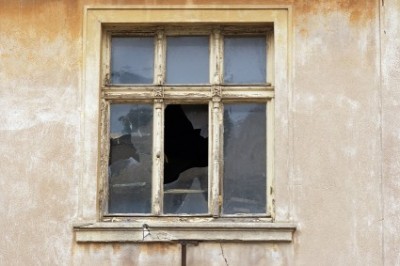 Mob rule is the new face of backlash against righteousness

Then and Now: The Homosexual Agenda

A graphic scene unfolds in Genesis 19, in which two angels visit Sodom and are compelled by Lot to stay in his home, rather than spend the night in the town square. At nightfall, all the men in the city surround Lot’s house, demanding to have sex with his two visitors. (Genesis 19:4-5) When Lot implores these men not to “act wickedly,” notice the response of the men of Sodom:

“ ‘Stand back!’ they shouted. ‘This fellow came to town as an outsider, and now he’s acting like our judge! We’ll treat you far worse than those other men!’ And they lunged toward Lot to break down the door.” (Genesis 19:9)

Isn’t it interesting that, separated by thousands of years and civilizations, the response of those carrying out the homosexual agenda was the same then as it is today? At first encounter with resistance they demand, “Who are you to judge us?” Notice that Lot was minding his own business, in his own house and place of authority. When their militant agenda was thwarted, violent threats were made.

Any time an individual stands in his God-given place of authority, be sure hell will come against him to undermine his position or make him compromise. Whether it be an Indiana governor pledging to uphold a religious freedom law, or a florist deferring wedding arrangements to another vendor, threats and backlash still manifest the principality behind homosexuality.

Human nature does not change, and the principalities and powers that have ruled since the dawn of creation are still around today. Notice that the homosexual agenda in Genesis 19 wasn’t about love or even sexual gratification. It is seen from these men’s collective statements that violence was designated for these angelic visitors as part of their lustful plans, and they were certainly not beyond murder. It is the same today. While not every practicing homosexual is seeking violence, the spiritual principality behind the activism and the agenda is out to destroy. In this picture in Genesis, we have a glimpse of this particular sin in its full-grown stage.

So what is a Christian to do in response to a cultural climate that is intolerant of righteousness?

What is your place of influence and authority? What is your response to the powers that come against your beliefs and your God-given influence?

Emily Tomko's radical encounter with the Lord while at a nightclub changed her life forever and inspired her first novel, College Bound: A Pursuit of Freedom. She is the author of seven books, including 31 Thoughts on Prophecy and Leaving the Shallows: igniting the faith that overcomes the world. Her tastes tend toward vintage and she's a Germanophile, having spent a year in Bremen and Nuremberg. Emily loves the scriptures and writes with fierce compassion and a deep desire to see people freed from the miry clay of this world and walking in the truth.
Previous Who Is It “All About” Anyway?
Next 5 Steps For Successful Meal Planning