Breaking News
Home / Faith / Those Who Exalt Themselves Will be Humbled 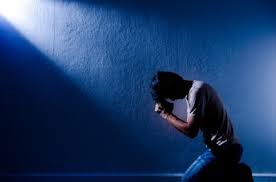 Those Who Exalt Themselves Will be Humbled

This is the man I want to talk about. But about myself, I’m not saying another word apart from the humiliations.  If I had a mind to brag a little, I could probably do it without looking ridiculous, and I’d still be speaking plain truth all the way. But I’ll spare you. I don’t want anyone imagining me as anything other than the fool you’d encounter if you saw me on the street or heard me talk. (2 Corinthians 12:5-6 MSG)

In 2 Corinthians Chapter 12, Paul is writing his second letter to the church at Corinth regarding other preachers that had come among them preaching some type of false gospel.  In Chapter 11 he says that he promised them to Christ as a virgin bride, but since that time false apostles had come to the city preaching “quite another Jesus.”  Apparently these false teachers were accepting support (money) from the Corinthians for their labor.  The only problem was they were not offering the truth about Christ.  Paul does not reveal what they did say, but he calls them servants of Satan.  Perhaps they will be among those that say to Christ in the end that they prophesied and cast out demons in His name, to whom He will say “depart from me; I never knew you” (Matthew 7:22).

I don’t know if these charlatans took credit for things that God did or not, but the text seems to indicate something of the sort.  Paul, in 2 Corinthians 12:1, says he “might as well bring up the matter of the visions and revelations God gave [him].”  He then gets into our subject text saying, basically, he has plenty to brag about, but he doesn’t want the glory because he knows he does not deserve it, because God is the One Who makes the miraculous happen, Who gives success and recognition so that we might use our gifts to glorify Him, for He alone is worthy.

We know that the Pharisees wanted people to think highly of them and consider them better than “ordinary” people.  Here is what Jesus has to say about them:

They love to pray standing in the synagogues and on the street corners to be seen by others. Truly I tell you, they have received their reward in full.  Matthew 6:5 (NIV)

“Everything they do is for show. On their arms they wear extra wide prayer boxes with Scripture verses inside, and they wear robes with extra long tassels.  And they love to sit at the head table at banquets and in the seats of honor in the synagogues.  They love to receive respectful greetings as they walk in the marketplaces, and to be called ‘Rabbi.’”  Matthew 23:5-7

If you seek the praise of men, you will have all you will ever get, but if you seek to please God, you will inherit the Kingdom of Heaven.

The Lord God is the Giver of all good things.  Any talents or abilities you have come from Him.  But you get to decide what to do with them.  Think of the singers, athletes, actors, and business men/women who earn critical acclaim, great wealth, and public worship and how they live their lives.  Many, if not most, act as if they are God’s gift to the world, when in actually, their talents are God’s gift to them.  His purpose is for us to glorify Him in all we do, but many choose not to.

So consider for a moment what the Lord has blessed you with and how you are using those talents, and remember – the talents you have are from God.  We are not to compare our talents with those of other people.  Each person has a unique contribution to make to the Kingdom.  None is more worthy.  None is higher than another.  And most of all, all are necessary and fulfill a Kingdom need, and we are to do what we do to the best of our ability and give all the glory to God.

Previous Males Who Care For Their Elderly Parents
Next But I’m Tired of Waiting!