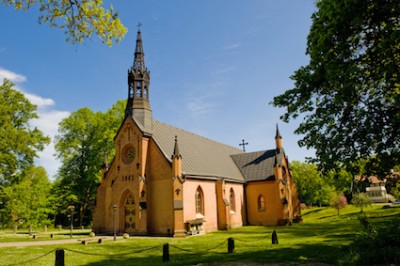 Thoughts From the Lutheran Church In America Today

The Lutheran Church in the USA has two main branches, the ELCA (Evangelical Lutheran Church of America), and the more conservative LCMS (Lutheran Church/Missouri Synod).  The ELCA is larger, but the LCMS is still the 8th largest protestant denomination within the states.  In this article, we will take an inside look at the LCMS, and in many ways, into Christian churches as a whole.

The Bottom Line (TBL), is thankful to speak with Rev. John C. Wohlrabe, Jr., Th.D., a retired Navy chaplain, and the second vice president of the LCMS.

The LCMS, like most other denominations, has had a significant decline in membership and participation over the past decade.  This problem is mirrored throughout many denominations, but Rev. Wohlrabe delves into the reasons within his church:

“The LCMS has declined by approximately 12% over the past decade. There are several reasons for the decline.  Next to the ELCA (which strongly pushes diversity but is not as diverse with respect to membership), the LCMS is probably the least ethnically diverse American church body.”

This LCMS is mostly white and of northern European descent. Its members are postponing marriage and also having smaller families. Aside from that, “There is a cultural shift taking place across America, more so on the coasts–a cultural shift away from membership in religious institutions and particularly denominational loyalty. Some of this can be attributed to post-modern thinking (relativism, individualism, stressing spirituality over being ‘religious’, etc.),” says Rev. Wohlrabe.

Rev. Wohlrabe admits that the LCMS has suffered from internal conflict and strife over the past 30-40 years which also has hurt its numbers. A quick look across the Christian landscape in the USA will show numerous other denominations which have broken apart over the past couple decades, as well. But what can a church do about that? What is the LCMS doing about it?

“We are preparing a major emphasis on revitalization of existing congregations and planting new congregations,” Wohlrabe continues. “Our top mission priority is ‘planting, sustaining and revitalizing Lutheran congregations.’  The basic fact here, sociologically anyway, is that strong and faithful congregations attract people, generally speaking.  Weak and inward focused congregations do not.”

The LCMS is also bringing in Lutheran pastors from other countries, such as Latin America, who can come into the cities and states here to evangelize and counsel ethnic groups that normally would not consider the Lutheran Church.

Are Americans becoming less “religious”? Wohlrabe thinks so, and has some astute thoughts on why. “Those still holding to faith in Jesus Christ as Lord and Savior, the only way to the Father–some do not see the importance of regular worship and joining together with a congregation of fellow Christians to be regularly nourished in God’s Word and sacraments. Many more have adopted the ‘coexist’ (from the bumper sticker), universalistic mentality where they maintain that all religions are equal paths to the divine, instead of grasping the true consequences of sin (Ps. 51:5, Rom. 3:10-12, Eph. 2:1-3), and the overwhelming demands of God’s Law (Lev. 11:44, Matt. 5:48), and therefore, the utter dependence that we need and have through the redemption that comes only through faith in Christ Jesus (2 Cor. 5:18-21,
Rom. 1:16-17). They think that they can be right with God by simply trying real hard or by ‘being a good person.’ However, no one is righteous through works of the Law (Rom. 3:20-24).”

The LCMS is dealing with the same very real and widespread issues that many churches and Christians are facing. It seems as though American society is drifting in the opposite direction. Does that mean that the LCMS should concede or abandon its beliefs and traditions?

Ken Lambert, D.Min, lives with his wife and twin boys in southern New Hampshire, and has written for a variety of religious and secular publications. He is co-author of Top Ten Most Influential Christians- since the Apostles, and is an adjunct instructor for Agape Seminary (Church History, Wisdom Books).
Previous Some “Good News” To Warm Your Heart
Next You say you want a revolution?