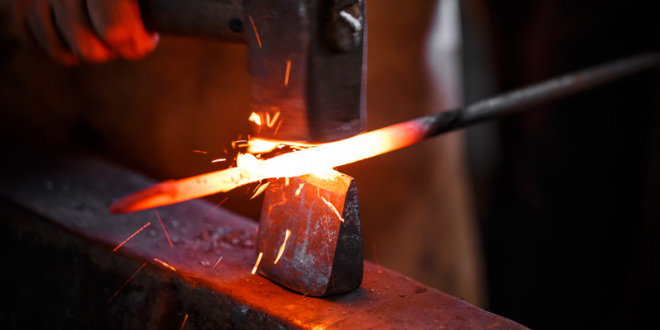 Turning the Spark in Your Heart into a Firestorm

There are two distinct ways to look at fire. We can either fear it or embrace it. If we fear it, it’s not necessarily a bad thing, but do we really want to get burnt by a fiery blaze? Of course not! However, we also have the option to embrace it, which involves knowledge and understanding. Once we have that, we no longer have to fear it, and we can use it to our advantage.

Rather than look it up in the dictionary, I’m just going to tell you what “fire” is to me. It is defined by its four amazing characteristics that we all have the ability to use if we understand them.

So now that we know what it is, let’s look at what this means for us.

1 Cor 3:13 Every man’s work shall be made manifest: for the day shall declare it, because it shall be revealed by fire; and the fire shall try every man’s work of what sort it is.

Fire’s ability to reveal is of the utmost importance. God uses fire to reveal our works and He has used it to reveal truth to man at various times throughout history. One example of this was when Elijah had a showdown on Mt. Carmel versus the prophets of Baal (1 Kings 18:21-40). The prophets of Baal dressed a bullock and called on their god for fire, yet there was none. They even cut themselves and cried out, but still nothing. So then we have a single prophet of God go forth and not only did he dress his bullock, but he had the people drench it with water. Twelve barrels to be exact (4 barrels, 3 times), then he placed twelves stones around the alter containing the bullock to represent each of the tribes of Israel. Elijah called out to God one time, and BOOOOM! The fire came down and it not only took out the bullock, but it also “licked up” all the water and even the stones were consumed.

The amazing thing that happened here is that fire, or even the lack of, revealed the True God, as well as the counterfeit. Friends, when we illuminate any situation, the truth will be revealed about it. Secrecy resides in darkness, and fire is its worst enemy.

Forged in the Flame

Have you ever watched a blacksmith forge a mighty weapon? Fire is his tool and he uses it to soften the metal first so that it can be molded properly. Once the metal becomes soft, it can be shaped so that it is formed in a way that will make it many times more effective than its previous form. It’s a unique relationship that must exist and can mean the difference between life and death. This is why we must also be forged. Please allow me to explain…

Gal 4:6 And because ye are sons, God hath sent forth the Spirit of his Son into your hearts, crying, Abba, Father.

Salvation is very much a heart thing, and just as a blacksmith forges a sword, we must allow God to forge our heart. Once it becomes soft, that’s when the miracle happens. God infuses himself with it and then we are ready to fight the good fight, while the Master is there with us to guide us in a loving way. We carry our Blacksmith with us in all life’s matters which is why we can always live victoriously, as long as we keep our heart soft for Him.

Purity at its Finest

Now it’s time for some gold fever. Not the kind that makes us want to mine for huge nuggets in an underground mine or pan for gold flakes in a stream. I’m talking about the kind of fever that happens when temperature rises, but just to make things interesting, let’s raise the heat on some fool’s gold as well.

First, let’s start with the good stuff. When real gold meets fire it can be refined to take out the impurities, thus making it into a higher quality of gold. Now fool’s gold, also known as pyrite, is significantly different. Pyrite is considered to be unstable and when you light it, it can actually ignite. This is why it was used in the wheellock of a lot of early firearms, so that they could use it to cause a spark and fire the gun. Both real gold and fool’s gold have their uses, and both reach their full potential when intertwined with fire.

Mal 3:2 But who may abide the day of His coming? and who shall stand when He appeareth? for He is like a refiner’s fire, and like fullers’ soap.

Our Lord is a Fire and He will refine us. Although when you get lit up by Him, we get the best of both worlds. Not only will He purify us like real gold, but He can also ignite us like fool’s gold. To be a good husband, wife, sister, brother, or even a soldier we need both.

One of the most well known and even notorious uses of fire is it’s ability to destroy. One spark can grow immensely and destroy an entire building, forest, or village. But the truth of the blaze is carried within us as well. We can feel beat up by life and have anger, rage, and other negative things making a home within us. Bring on a single spark and that can all change. That spark inside us can turn into a small flame, then into a bonfire, until it eventually becomes a firestorm that extends beyond us. This is what we need sometimes. Do you know where that spark is hidden in you? Maybe it’s not really hidden at all and is just waiting for you to believe its there so that it can light your way?

Friends, life is meant to be bright. God didn’t create us so we would have miserable and boring lives. We were meant for purpose and to shine brightly. We were created in His image (Gen 1:27), and even though He is the Brightest Star, the glory of our Lord is also revealed through us. It’s not about running from God, but rather understanding and allowing Him to light your way. Let Him be your Fire and mold your heart. I promise that your life will become brighter and all the darkness trying to conceal itself will have no choice but to flee. Thank you for reading and God bless.

What are some ways you can create a spark in your life?

Can you think of some things in your life that have been hidden too long and need to be revealed?

Joel M. Bauer is a 45-year-old U.S. Army Veteran from Dunn, NC, which is just outside of Raleigh. After being honorably discharged from the U.S. Army, he attended school at Taylor University, a Christian liberal arts school, in Fort Wayne, IN, where he received his BS in social work and psychology. He has worked in such places as a homeless shelter, a community based treatment center for severe mental illnesses, a school for troubled students, and other social service agencies. His current endeavor is to build The Bottom Line website into a site that inspires both Christians and non-Christians alike, and brings glory to God.
Previous How Well Do You Wait?
Next A New Year’s Revolution