Breaking News
Home / Faith / What Do Snow White and Her Dwarfs Have To Do With The Church? 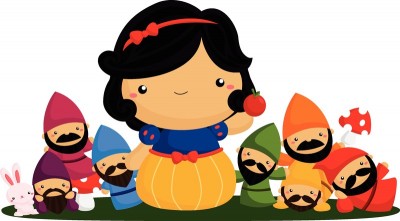 What Do Snow White and Her Dwarfs Have To Do With The Church?

In 1934, Walt Disney wanted to create something that had never been done before—a feature-length cartoon story, complete with animation and brilliant color. This began the story of the beautiful princess Snow White and her Seven Dwarfs. Disney risked his career and his very future as an artist in bringing his dream to pass. He could not do it alone …

It may not seem as if the production of Snow White and the Seven Dwarfs would have anything at all to do with the church, but to understand the process of this great animation is to get a glimpse into how the Lord’s church should operate—and what can happen when it falls short.

Sometime in 1934, the entire staff at Disney was audience to Walt Disney himself as he acted out the entire Grimm fairy tale of Snow White: alone. From the princess herself to every dwarf and forest animal, Disney tirelessly played the parts.  His belief, not only in his dream, but in his invaluable staff of animators, dancers, actors and painters, was contagious. And it took everyone working together to achieve success.

In the 1930’s, Disney employed about 600 people, and everyone played a valuable role in Walt Disney’s creations. Without every worker using their talents and gifts for their purpose, Snow White and the Seven Dwarfs would not have made history the world over. Artists spent whole days just perfecting one close up of Snow White—their work described as being as intricate as watch-making. Animators took classes to study facial features—every movement of the mouth as it pronounced various words. “In-betweeners” drew all movements of characters between the key frames. Ink and paint artists added stunning colors to each drawing, and there were 200,000 drawings in total. Some even suffered eye strain from their laborious work! Disney’s brother and financial guide, Roy, had to deal continually with the bankers who visited the set in concern for their investment in the production. It must have seemed as if the process would never be complete.

Then, on December 21, 1937, after three years in the making, Snow White and the Seven Dwarfs premiered. It brought laughter, fear, and even tears from the audience members-including actor Clark Gable! Grossing eight million dollars in its first year, Disney’s dream production was a true success thanks to those dedicated employees and his own ability to stay positive and never give up.

What would have been the outcome had the animators decided  that it  was too time consuming to take classes to enhance their work? What if the “In-betweeners” had decided that they weren’t getting enough credit from their behind-the-scenes work? What if eye strain had led to the resignation of the artists from their tedious work? Without the commitment and vision of Disney’s employees, without the desire to use their talents and gifts to work together for an envisioned goal, Walt Disney would have been bankrupt and his life’s work finished.

Today’s church often finds itself in similar situations. There is much to be done for the kingdom, and it takes the work of all. Everyone in the local church body must use their individual gifts and talents to help in completing the bigger picture—discipling new believers, serving in various ministries, supporting pastors and leaders, and staying out of competition with one another. God’s Word speaks to the importance of building His Kingdom together:

Just as each one of you has received a special gift [a spiritual talent, an ability graciously given by God], employ it in serving one another as [is appropriate for] good stewards of God’s multi-faceted grace [faithfully using the diverse, varied gifts and abilities granted to Christians by God’s unmerited favor]. 1 Peter 4:10

My husband Dan and I have three children and three grandchildren. We live in central Illinois. I am a graduate of The Institute of Children's Literature, a member of faithwriters.com, and a member of SCBWI. My writings have been published at chirstiandevotions.us, in DevotionMagazine, the PrairieWind Newsletter, and here at thebottomline.co.
Previous Is Planned Parenthood Really a Non-Profit Organization?
Next Missing the Story: The Mass Media’s Ignorance of the Occult

When I was a student, I didn’t appreciate my high school’s rich history, although I ...